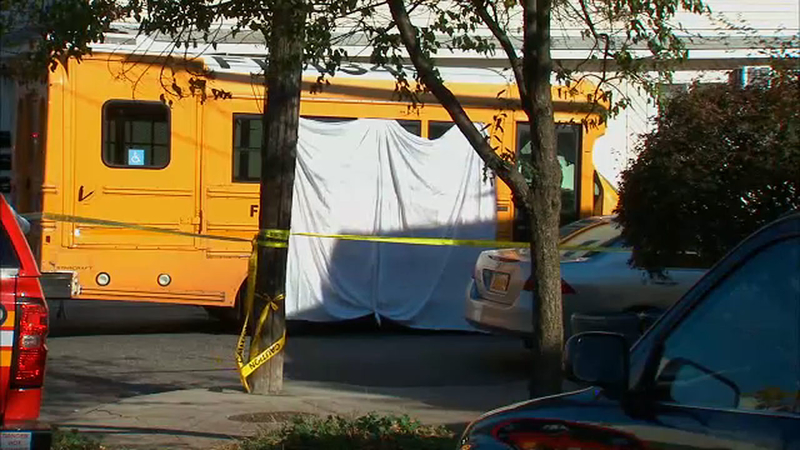 Authorities say the 83-year-old victim was walking with his wife at 67th Drive and 73rd Place in Middle Village just after 8:30 a.m. when the school bus made a left turn at the intersection and struck him.

He was pronounced dead at the scene. His wife was not injured. He was later identified as Bing Nuan Chen, who area residents say owns a popular Chinese restaurant.

There were no children on the bus at the time

The driver stayed at the scene and the investigation is ongoing, but witnesses said they believed sun glare played a role in the crash and that the driver was distraught after the accident.

"When we looked out the window, we saw the school bus and we saw the door open," one witness said. "The bus driver was on the floor, flat, and he was screaming. So we thought at first it was the bus driver that got hurt. But what happened was he must have went and looked and saw that he hit someone, and that this poor person was underneath the bus. He was screaming. He was very devastated. He couldn't get out. He was laying in the middle of the floor. It's a devastating thing."

Neighbors say the intersection is dangerous because it doesn't have any painted lines indicating a crosswalk, and they believe that also may have been a factor.

At this point, it is unclear if any charges will be filed.