7 On Your Side Investigates: Construction workers claim sexual harassment on job 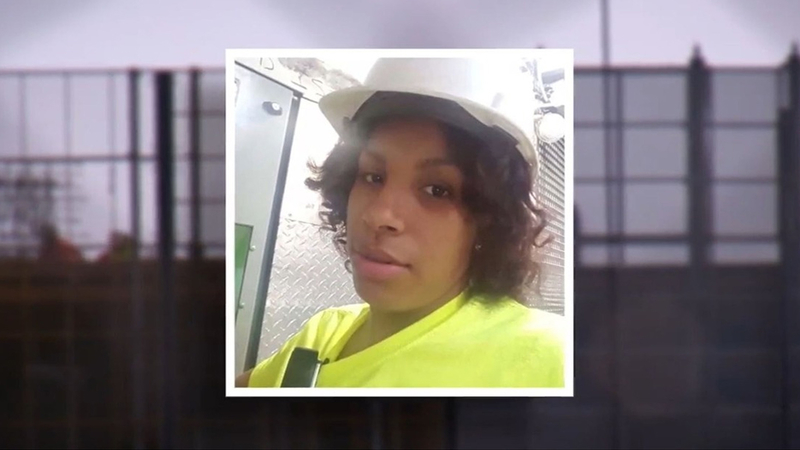 NEW YORK (WABC) -- As the skyline of New York City continues to grow and change, more women are helping to make it happen. A group of those women have a new message for anyone in the industry -- sexual harassment on the job will not be tolerated.

When Tierra Williams started out in construction, it wasn't a passion of hers. It was a way to make money.

"I just needed a job at the time, and I wanted to feed my son," she said. "But I fell in love with how the building went up."

And as the building grew, so did her love for the job. She knew it wasn't going to be easy, but she says she had no idea how difficult it would be -- not physically, but emotionally.

"I started experiencing a lot of disrespect, sexual harassment, a lot of demeaning things," Williams said.

7 On Your Side Investigates first spoke with Williams back in 2017 about the sexual harassment she said she experienced from coworkers on the job.

"He told me he was watching me because I was sexy, and then I said, 'You can't watch me because I'm sexy, because that's a form of harassment like you're stalking me,'" she said.

"I cut all of my hair off to go back into construction, because I felt someway, somehow, I felt like I wouldn't be attractive so they wouldn't bother me," Williams said.

Dan Krauth has more on the grim warning from New York City landlords.

"Every employee in the state of New York has the right to feel safe and protected in the workplace," James said during a press conference.

The attorney general said her investigation "revealed a pattern of severe sexual harassment against female employees" and that "retaliation against many of these workers when they complaints about the harassment."

"I definitely believe I was treated differently because I am a woman," Williams said.

A spokesperson for Tradeoff, the company involved, sent 7 On Your Side Investigates a lengthy statement in response to the settlement:

"In an industry not historically welcoming to women, Tradeoff has been proud to be a leader in the hiring and retention of women, as well as a beacon to the City's minority community in search of a second chance. While the problems in our industry are widely recognized, Tradeoff has always strived to afford opportunities to those who needed it most through our award-winning second chance program. We believe many of the complaints were driven by a long-lasting dispute with a union that had trouble competing with Tradeoff for labor services. Ms. Williams is a union organizer for that union, Laborers Local 79, and some of the things she is asserting regarding the unfair treatment of workers are just plain wrong. Tradeoff and Tradeoff Plus has always provided its employees with a level of wages, benefits and health insurance commensurate with the benefits provided by other labor service companies, along with a path to the middle class that they would not have normally had an opportunity to achieve. We pay our employees between $15 to $30 per hour, with the opportunity to gain additional training and certification, and have spent over $300,000 on safety training. Tradeoff Plus afforded its employees access to a generous profit-sharing program. In short, Tradeoff was providing for the employment of hundreds of minority residents in some of the City's most underserved communities at a time in history when are they most vulnerable. As we said in our agreement with the Attorney General's office regarding the charges of sexual harassment, Tradeoff considers any level of harassment to be unacceptable, and deeply regrets that our processes for training and oversight failed some of the women who worked for us."

Meanwhile, Williams said she's using her experience to help educate other women in the construction industry as she now works for the labor union.

"I have more of a path to pave, and I'm on a mission at this point," Williams said.

Dan Krauth has more on the growing population of grieving Americans as the nation reached a grim mileston of 250,000 COVID deaths.

Instagram: @DanKrauth
Report a correction or typo
Related topics:
new york city7 on your side investigationharassmentconstructionsexual harassmentwomen
Copyright © 2021 WABC-TV. All Rights Reserved.
7 ON YOUR SIDE INVESTIGATION