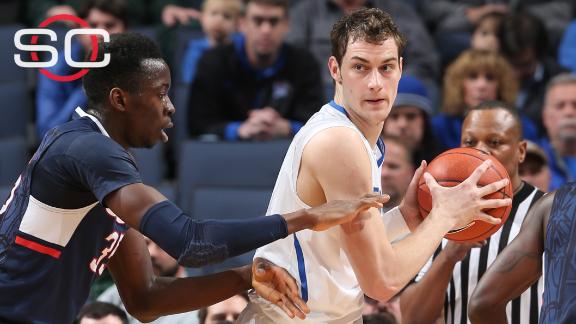 Nichols had strongly considered Virginia coming out of high school.

After hiring a lawyer, the 6-foot-9 forward was given an unconditional release by Memphis earlier this month, making the former top-25 recruit free to accept a scholarship from any Division I program.

Sources told ESPN that Virginia had been high atop Nichols' list of suitors because of a connection between his former summer coach, Ernie Kuyper, and the family of John Paul Jones -- whom Virginia's arena is named after. Kuyper runs an event in Memphis called the Jack Jones Shootout.

Nichols averaged 13.3 points and 6.1 rebounds per game last season.He will miss the 2015-16 season due to NCAA transfer rules, then will have two years of eligibility remaining starting in 2016-17.

The Cavaliers and Tigers are both scheduled to participate in the 2016 Emerald Coast Classic in Florida, although there is no guarantee Nichols' new team will square off against his former one.

Duke, Notre Dame, Wisconsin, Marquette, Baylor and Auburn had been among the teams interested in Nichols, sources told ESPN.