WLS
By Jade Hernandez
JOLIET, Ill. -- Twenty-four hours later, the condition of a 7-month-old boy who was left in a hot car is improving, officials said.

A nurse told police there should be no lasting effects on the child, who was in the parked car for about two hours before his mother realized he was there. She told Joliet police she had just dropped off her other two children and boyfriend, whom she thought took the baby.

It's a mistake health experts say is all too common. Nearly 40 children die inside hot cars every year.

"Children are being left behind because in many cases because of they're rear-facing, because they can't be seen by a probably overt-tired, stressed parent," KidsAndCars.org founder Janette Fennell said. "It can happen to anyone. Before you leave your car, just open the back door and look before you lock."

KidsAndCars.org recommends putting reminders in the back seat with your child, like your cell phone or one of your shoes, or a stuffed animal in the front seat when your child's in the back.

Just last week new technology became available to help parents remember a child is a car seat. The Evenflo Advanced SensorSafe Embrace car seat signals to parents that a child is strapped into a car seat after the engine stops, much like a car warns drivers that lights are still on or a seatbelt isn't fastened.

Children can quickly succumb to heat inside vehicles, even on cooler days. On Tuesday, the outside temperatures reached mid-80s, but the baby's internal temperature hit 107-degrees. Firefighters revived the baby on the scene.

"It's a real tragic event and people just, you know, double-check. If you have kids, just double, triple-check your cars. You don't want something like this to happen," Joliet Police Deputy Chief Alan Roechner said.

The Joliet baby remains hospitalized at Advocate Christ Medical Center in Oak Lawn. Illinois DCFS and the Will County State's Attorney's Office will decide whether to file charges. 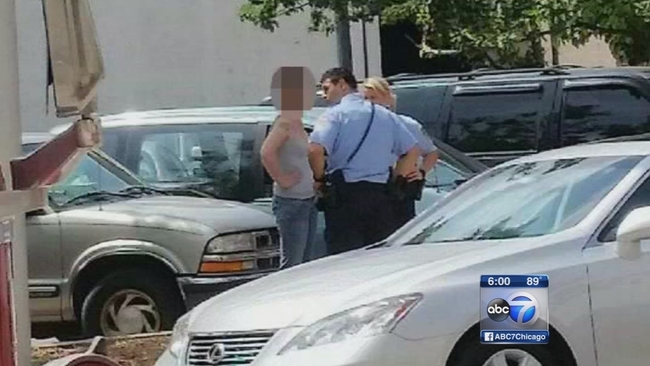