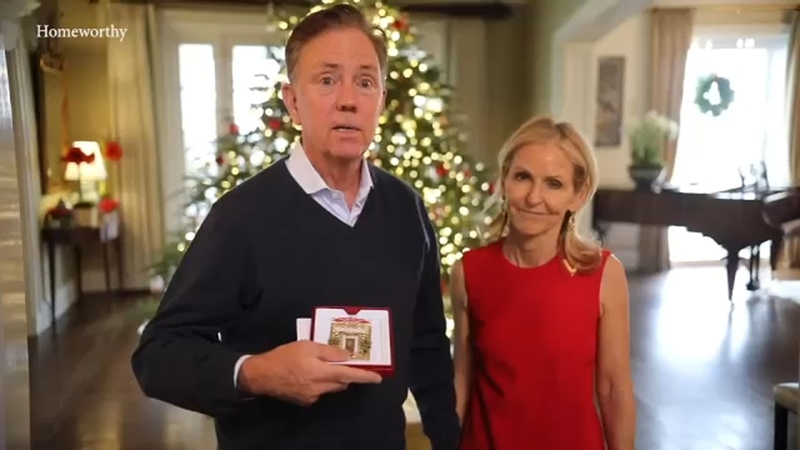 HARTFORD, Connecticut (WABC) -- While you may not be going many places this holiday season, you can take a virtual visit to the Governor's Residence in Connecticut.

Governor Ned Lamont and First Lady Annie Lamont released a video extending holiday greetings to the residents of Connecticut and taking them on a virtual tour of the house as it is decorated for the season.

The Governor's Residence, located at 990 Prospect Avenue in Hartford, was built in 1909 and has served as the official residence of the chief executive of Connecticut since 1943.

Normally, as had been the case for the last 30 years, governors have decorated the house for the holiday season and opened it to the public for tours over a several-day period in an event that includes live performances from local musicians.

However, due to the COVID-19 pandemic, the Lamonts made the difficult decision to not hold the annual event in-person. Instead, the 30th annual Holiday Open House is virtual.

"One of the best parts of the Christmas season for our family is sharing in the festivities with everyone, and that is why it pains us to not have the open house in-person this year, but it is the right and safe thing to do," Governor Lamont said. "Like nearly every other event that's happening this year, we decided to make the open house virtual and film a video to share greetings with everyone in Connecticut. We wish everyone a great and healthy season, and can't wait until things are able to get back to normal so we can enjoy the festivities with everyone."

The video was produced at no cost to the state by the generosity of Alison Kenworthy, founder of Homeworthy Productions. Kenworthy is a three-time Emmy Award-winning television producer who formerly worked at ABC's Good Morning America.