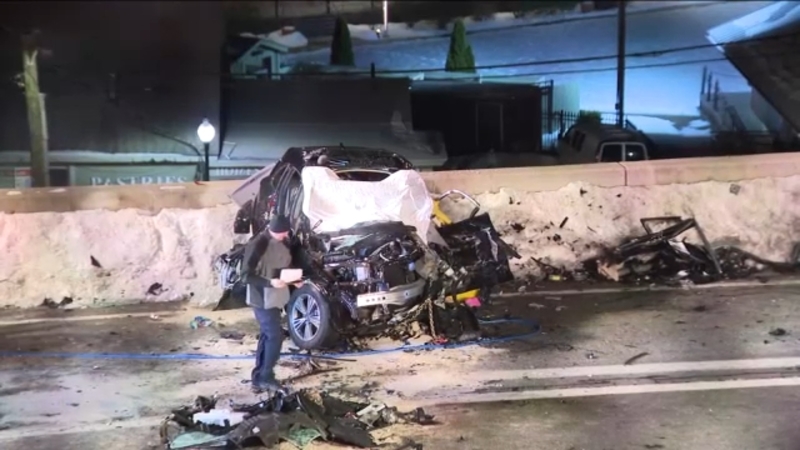 It happened at 9:10 p.m. on Highway 9 near Main Street in Peekskill.

State police say 41-year-old Mark Cope, of Yorktown, was drunk behind the wheel of a 2018 Audi Q7 and driving northbound in the southbound lanes when he slammed into an Acura SUV with three people inside.

Josh Einiger has more on a Yonkers community grieving over the deaths of four high school grads killed in a horrific car accident.

The driver of the Acura, 32-year-old Shina McClam, of Ossining, was killed.

McClam's 18-year-old niece was in the front seat passenger and was taken to Westchester Medical Center with serious but non-life-threatening injuries.

Her 6-year-old daughter was in the back seat and was rushed by helicopter to the same hospital. She is also expected to survive.

Investigators determined that Cope was under the influence of alcohol and arrested him.

He has been charged with first-degree vehicular manslaughter and is being held in lieu of $100,000 bail.

Cope will be backing front of a judge next week.

Meanwhile, Westchester County Police say they will be conducting increased enforcement through New Year's Day to curb speeding, aggressive driving and driving under the influence of drugs or alcohol.

"Our goal as always is to do everything we can to keep Westchester's parkways safe for those who will be traveling on them during the holiday season," Commissioner Thomas A. Gleason said. "There is zero tolerance for drivers who put others at risk by speeding, driving aggressively or driving while impaired."

The commissioner said County Police have observed an increase in speeding and other aggressive driving this year because traffic volume was lighter due to the pandemic.