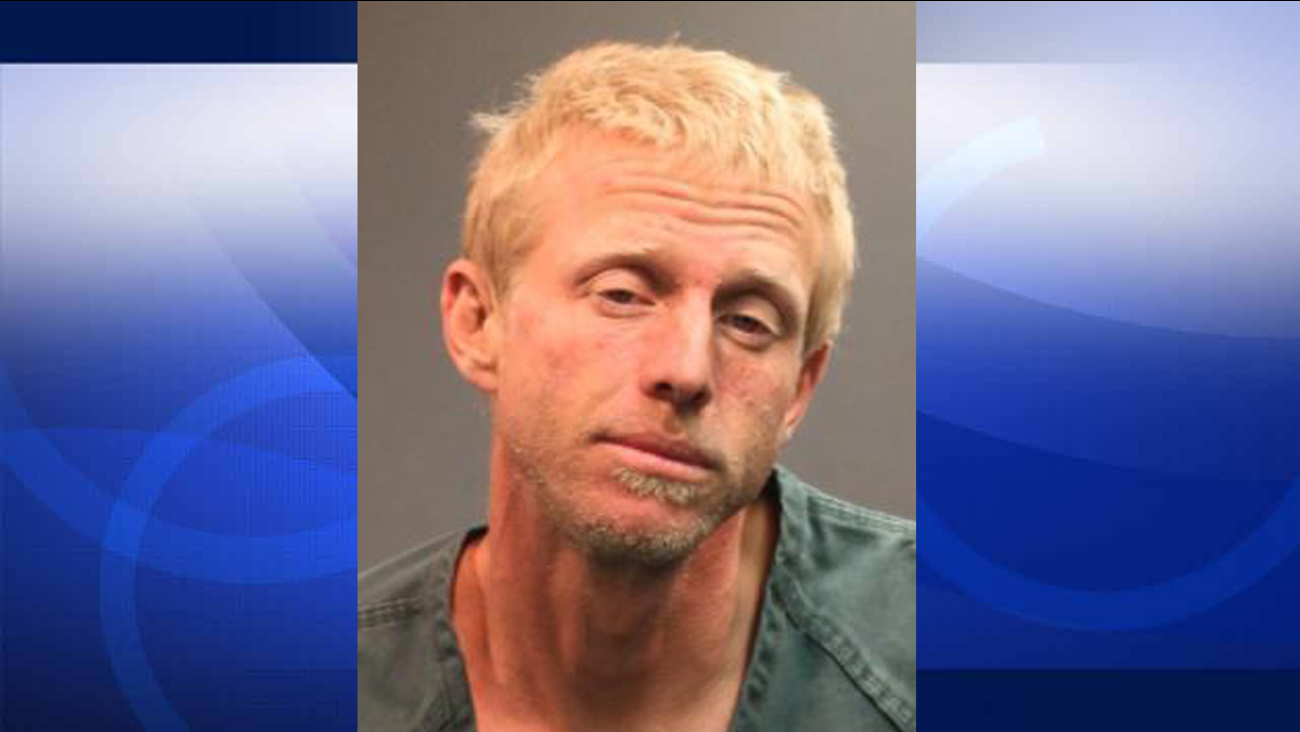 John William Rodenborn, 37, was arrested after police said he swung from trees and tried to get into the monkey exhibit at the Santa Ana Zoo on Tuesday, Aug. 4, 2015. (KABC)

SANTA ANA, Calif. -- A man was arrested after police say he swung from trees and tried to enter a monkey exhibit at the Santa Ana Zoo, all while claiming to be "Tarzan."

According to Santa Ana police, 37-year-old John William Rodenborn was covered in mud at the time of the incident, which occurred on Tuesday.

Investigators said Rodenborn was under the influence of meth.