WABC
By Eyewitness News
EAST BRUNSWICK (WABC) -- Witnesses to a fiery crash on the New Jersey Turnpike Wednesday night ended up being first responders - helping one of the drivers as he narrowly escaped.

The explosion made Simon Byrne slam on his brakes. He saw the fireball erupt after two tractor trailers collided in East Brunswick at about 8 p.m.

Bryne was traveling with his sister and brother-in-law. All are tourists from Australia.

His brother-in-law, Anthony Wilson, started shooting video of the crash. He didn't think anyone could have made it out - but then they all realized they were witnessing a miracle. 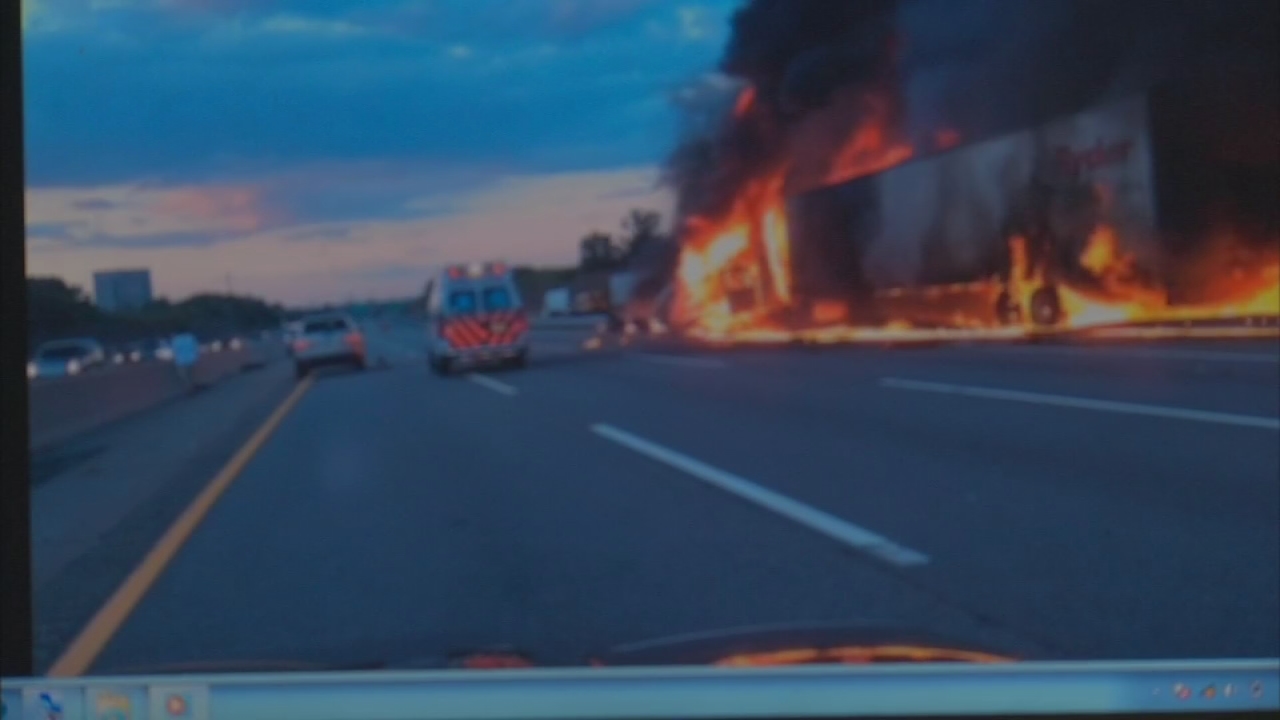 "Even just to see him coming out of the truck is amazing," said Byrne's sister, Jacqui Wilson. "When we first saw the truck in flames we thought someone has just died."

Byrne couldn't believe it either.

"I pretty much thought everyone was gone because it was just that much of an inferno but then he jumped through it like Bruce Willis and he came running toward me, and I was running toward him yelling get down. Then the flames went further up his leg," Byrne said.

They immediately ran to his aide, all while Anthony Wilson was still recording on his iPad.

Byrne ripped off the driver's burning jeans and put out the flames.

"I was just holding hands with him and he just kept saying I had nowhere to go. I just didn't have anywhere to go," said Jacqui Wilson. "He's a very lucky man."

As the explosions got louder, Byrne yelled for the driver to move away from the fiery wreck toward the ambulance.

"We are still in shock it was pretty horrific in a close call but like Jacqui said, that's what you do you don't think twice you jump in and help," said Anthony Wilson.

The driver of the truck, Dale Miller, of Claymont, Del., was taken to the hospital to be treated for minor burns. He's listed in serious condition. The other driver was uninjured.