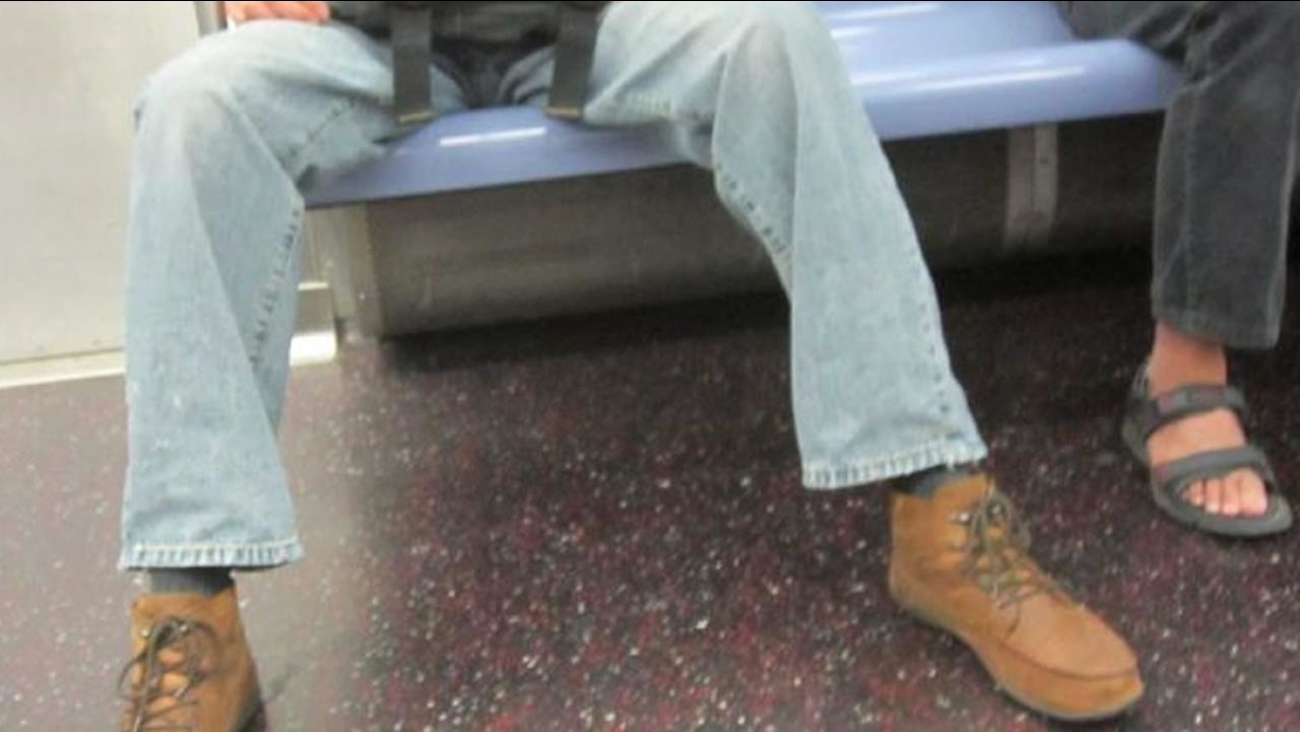 NEW YORK (WABC) -- Manspreading -- one of the many fouls a rider can commit on public transit - is among some new words added to the dictionary this year.

The word "manspreading" received some recent attention after the MTA posted signs throughout the New York City Subway system encouraging courteous rider behaviors with a cartoon-like diagram of manspreading.

Here's Oxford's official definition of the new noun:
"the practice whereby a man, especially one travelling on public transport, adopts a sitting position with his legs wide apart, in such a way as to encroach on an adjacent seat or seats"

And there are plenty of real photos posted to social media that show just that happening in NYC:

@Gothamist rush hour on the #Q full on #manspread and a tired backpack to boot! course people standing. #nycrant. pic.twitter.com/pzS6l4GTkx

In celebration the addition, the NYC Transit Museum is selling a special "manspreading" mug. How "awesomesauce" is that? Well, that's a new word added, too. Its official definition is: Extremely good; excellent.

Other words that were added to the Oxford Dictionary are:

Mic drop: instance of deliberately dropping or tossing aside one's microphone at the end of a performance or speech one considers to have been particularly impressive
Brain fart: a temporary mental lapse or failure to reason correctly

The words "butt-dial" and "pocket-dial" also made the dictionary, along with "cat cafe."