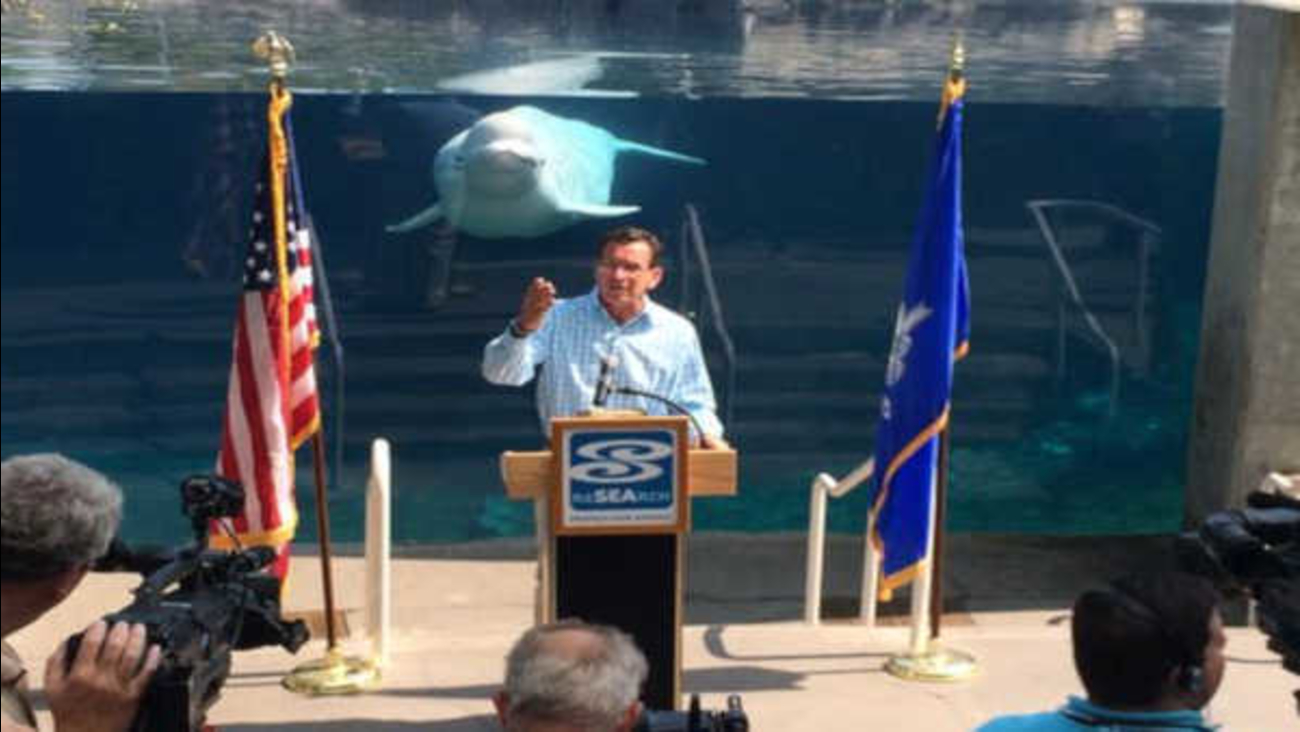 MYSTIC, Ct. -- Connecticut Gov. Dannel P. Malloy has found himself upstaged by a beluga whale during a tourism news conference at the Mystic Aquarium.

Malloy was standing in front of the Alaskan Coast exhibit Wednesday touting an increase in summer tourism in Connecticut when a whale named Juno swam over to the glass to watch.

@mysticaquarium Thanks for hosting us today for our tourism announcement. Give #Juno our regards! pic.twitter.com/rQ5wNn0oLV

The whale hovered over the governor's shoulder and pressed its head to the glass as photographers recorded its antics. The whale became an Internet sensation in 2011 after a video surfaced of it interacting with a mariachi band playing for a wedding at the aquarium.