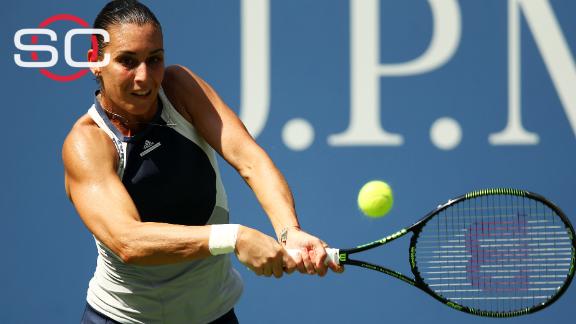 NEW YORK -- Victoria Azarenka rarely goes quietly through a Grand Slam tournament, and she even more rarely leaves one quietly. But it was Simona Halep who made the loudest statement Wednesday, letting out a scream at match point worthy of any trademark Azarenka grunt.

Advancing to her first US Open semifinal and keeping alive a possible No. 1 versus No. 2 final with Serena Williams, Halep sprinted past Azarenka 6-3, 4-6, 6-4.

Thursday night's women's semifinals now are set. Williams will meetRoberta Vinci, who is unseeded and ranked 43rd, and Halep will meet No. 26 seedFlavia Pennetta. It marks the third time in the Open era that three women 30 years old or older are in the semifinals of a Grand Slam.

In the first quarterfinal of the day, Pennetta wore down No. 5 Petra Kvitova, 4-6, 6-4, 6-2 in a match in which Kvitova, diagnosed with mono in early August and bothered by chronic asthma, said she had little energy to fight.

Calling herself exhausted afterward, Kvitova, a two-time Wimbledon champion, said she would have blood tests to determine whether she can play future tournaments in Wuhan and Beijing.

It was the first time since 1982 that all four women's quarterfinal matches went three sets, and the last one between Halep and Azarenka was in question throughout.

"It was a tough match, and at this level, the highest level of tennis, it's normal to play three sets, I guess," Halep said in her on-court interview. "I'm really happy with the win. I don't know where I found the power to win this match."

Halep, diminutive at 5-foot-6 compared with the 6-foot Azarenka, played her second straight match with a heavy wrap on her left thigh. Known for her superior quickness, Halep did not seem particularly hampered.

Rain suspended the match at 40-15 on Halep's serve at 1-2 in the third set after trading breaks and picked up about 1 hour, 24 minutes later. But it was Halep who came out stronger, capitalizing on just her sixth break point in 19 tries to take a 4-3 lead. She held on from there.

Playing her fourth straight US Open quarterfinal, Azarenka had whittled her ranking down from 42nd at the start of the year to her current 20th after a series of injuries sidetracked her for most of last year. She was also 2-0 versus Halep coming in and had high hopes of facing off against Williams in the final of her favorite tournament of the year.

But in the end, Halep prevailed, acknowledging countryman and former Romanian Olympic gymnast and nine-time medalist Nadia Comaneci, who was in her box, and the substantial number of Romanians who chanted her name. 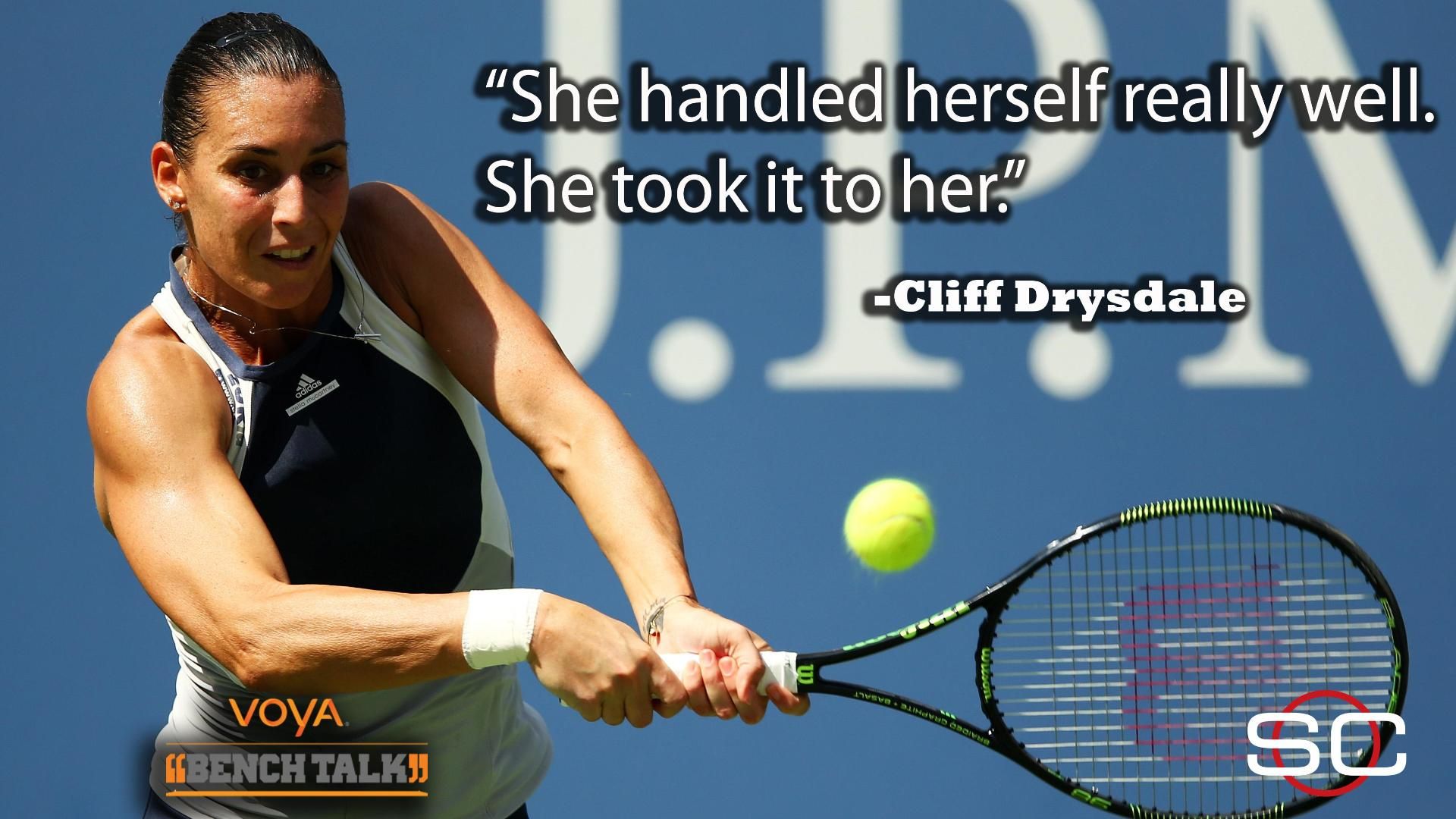 Pennetta advances to US Open semifinal
ESPN's Chrissie Evert and Cliff Drysdale discuss No. 26 seed Flavia Pennetta's victory over No. 5 Petra Kvitova and preview No. 20 Victoria Azarenka versus No. 2 Simona Halep.