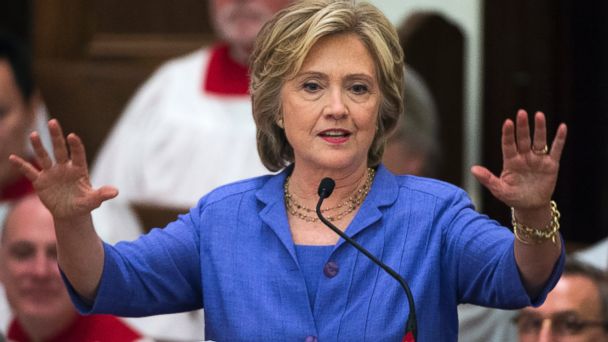 In front of a crowd of college students, Clinton first went after the seriousness of Trump's candidacy.

"I have to admit, Donald Trump is entertaining," she conceded.

Trump is often criticized by his opponents for promising big results without explaining the policies he would use to achieve them. Clinton, who refers to Trump as the "flamboyant front-runner," expressed mock regret that she couldn't follow his lead.

"I have to say, I kind of wish I had this same sort of mentality," she said.

Clinton then launched into a brutal imitation of Trump's campaign rhetoric.

"Oh, listen, I don't need to tell you anything. When I get there, peace will be breaking out everywhere, prosperity will be raining down upon you, we will have the new age," she said, pretending to be the Donald.

Clinton concluded her assault on real estate mogul by saying "Well, I would like to do that. But I don't think that is how a great democracy makes its decisions about who will lead us."