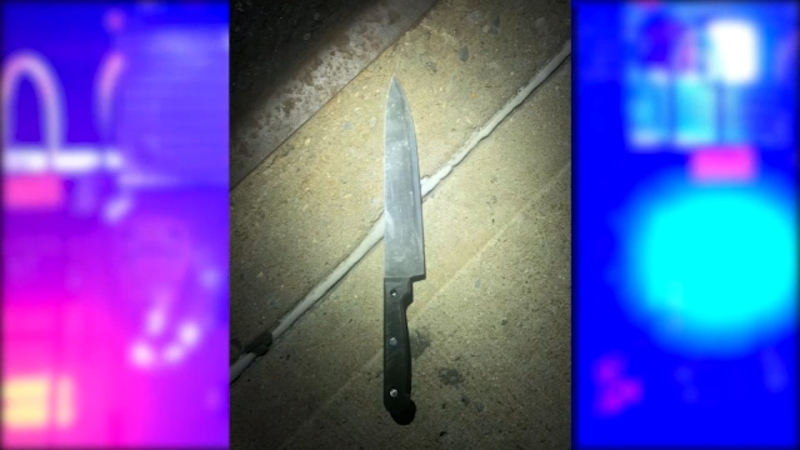 Man armed with knife shot, killed by police in NYC

WAKEFIELD, Bronx (WABC) -- An investigation is underway after a man armed with a knife was shot and killed by police in the Bronx Thursday night.

Officials say a plainclothed sergeant and detective assigned to the Bronx narcotics division were stopped at a traffic light on 233rd Street and Barnes Avenue in the Wakefield section around 6:15 p.m. when they saw a dispute in the street with people yelling for help.
EMBED More News Videos

Watch the full press conference after a man was shot by police in the Bronx.

The officers quickly exited their vehicle with their police shields visible.

They saw a woman with a man going after her in the middle of the street, armed with a large knife.

The officers ordered the suspect to drop his knife several times.

Naveen Dhaliwal has the disturbing details of an alleged serial killer who was arrested and charged with the murders of three people at the Woodson Houses NYCHA complex in Brownsville.

Officials say the suspect then turned around and ran towards the narcotics officers while still armed with the knife.

The sergeant and detective both fired a total of approximately five to six rounds from the weapons, striking the man.

The man was taken to Montefiore Hospital where he was pronounced dead.

The suspect has not yet been identified.

The two officers were also taken to the hospital for observation.

Officials say numerous other knives were recovered from the scene and on the suspect while he was in the hospital.

According to police, the woman involved in the dispute says she and the suspect had a dispute on Wednesday. She says he came up to her, threatened her and said he was going to kill her for not calling him.

She says he got away yesterday, but approached her again on Thursday, and the fight escalated again.

The woman says she ran and that's when officers got out of their car and got involved.

She was uninjured in the incident.