AAA: 200,000 crashes result from debris strewn across US roadways 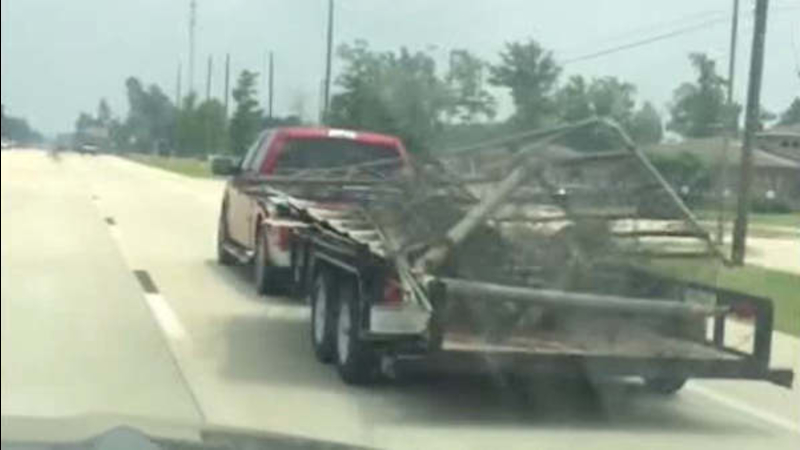 NEW YORK (WABC) -- A study done by the AAA Foundation revealed that more than 200,000 crashes resulted from debris on roadways across the nation over the last four years.

According to AAA, about two-thirds of debris-related crashes result from items falling off vehicles because drivers improperly secure the load. Crashes involving debris on the roads were about four times more likely to occur on a highway, which can make crashes more dangerous.
Nearly 37 percent of all deaths in road debris crashes resulted from the driver swerving to avoid hitting an object. Overcorrecting at the last minute to avoid debris can increase a driver's risk of losing control of their vehicle and make a bad situation worse.

More than one in three crashes involving debris happen between 10:00 a.m. and 3:59 p.m., a time when many people are on the road hauling or moving heavy items like furniture or construction equipment.

"This new report shows that road debris can be extremely dangerous, but all these crashes are preventable," AAA Northeast manager of media relations Robert Sinclair, Jr., said. "Drivers can easily save lives and prevent injuries by securing their loads and taking other simple precautions to prevent items from falling off their vehicle."

Drivers can decrease their chances of being involved in a road debris crash by:

--Maintaining Their Vehicles: Drivers should have their vehicles checked regularly by trained technicians. Badly worn or underinflated tires often suffer blowouts that can leave pieces of tire on the roadway. Exhaust systems and attachment hardware can also rust and corrode, causing mufflers and other parts to drag and eventually break loose. Potential tire and exhaust system problems can easily be spotted by trained mechanics as part of the routine maintenance performed during every oil change.

--Securing Vehicle Loads: When moving or towing furniture, it is important to make sure all items are secured. To properly secure a load, drivers should:
1. Tie down load with rope, netting or ratcheting straps
2. Tie large objects directly to the vehicle or trailer
3. Cover the entire load with a sturdy tarp or netting

4. Don't overload the vehicle
5. Always double check load to make sure a load is secure

Drivers should know that many states have hefty fines and penalties for drivers who drop items from their vehicle onto the roadway, and in some cases states impose jail time. Drivers in New York state cited for the misdemeanor of failure to properly secure a load face a maximum penalty of $750 for the third offense ($100 and $350 for the first and second) and the possibility of up to 30 days in jail. New York is one of 16 states with prison time as a possible punishment.

Drivers should search the road at least 12 to 15 seconds ahead to be prepared for possible debris. Always try to maintain open space on at least one side of your vehicle in case you need to steer around an object. If you see you are unable to avoid debris on the roadway, safely reduce your speed as much as possible before making contact. AAA also recommends that drivers avoid tailgating and remain alert while on the road.
Related topics:
aaacarroad safetyu.s. & worldstudytraffic
Copyright © 2021 WABC-TV. All Rights Reserved.
TOP STORIES
GoFundMe started for Asian woman attacked with rock in NYC
State of Emergency issued in NY to help boost hospital capacity
Small Business Saturday: Pop-up Christmas market launched in NYC
Eyewitness News Evening Update
Arrest made in woman's death from fall down subway stairs
Girl paralyzed in porch swing accident now helping other injured kids
What is omicron? What to know about new COVID variant
Show More
Christina Applegate shares message on 50th birthday after MS diagnosis
Man arrested after fatal stabbing in lobby of NYC apartment building
AccuWeather: Potential snow showers
Islanders games postponed due to COVID cases
UK, Germany, Italy report cases of new omicron variant
More TOP STORIES News