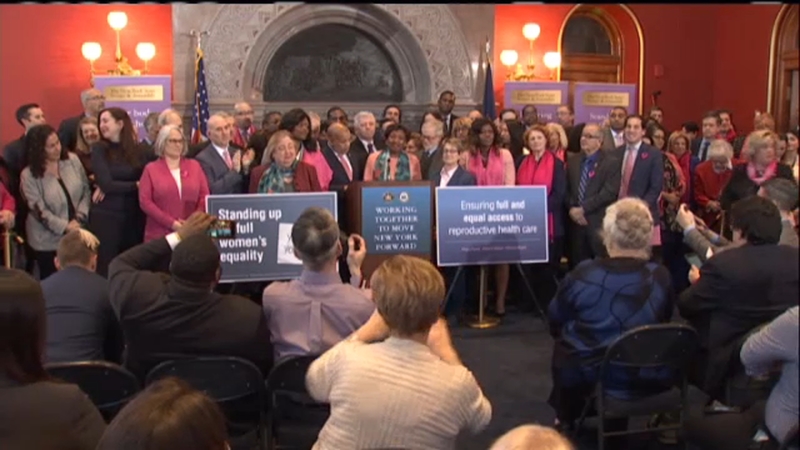 The Democrat-led Senate and Assembly passed the bill Tuesday, the 46th anniversary of the Roe decision. Democratic Gov. Andrew Cuomo was expected to quickly sign it into law.

The bill was first introduced back in 2007 and removes abortion from the state criminal code and ensures women the right to an abortion in New York should that federal right ever be changed by the Supreme Court.

For years, the law would pass the Assembly but fail in the Republican-controlled Senate. That all changed last fall when voters put Democrats firmly in charge in Albany.

"I support this act. It's crucial that we protect a woman's right to choose, particularly at this moment in history, when women's rights are under attack," NYC Mayor Bill de Blasio said.

The changes in Albany would also require insurance companies to cover contraception for patients and late-term abortions would be legal at the discretion of the doctor or "other" health-care practitioners.

The 1970 law outlaws abortions after 24 weeks of pregnancy unless the pregnant woman's life is at risk. That conflicts with Supreme Court rulings authorizing late-term abortions when a woman's physical or mental health is endangered.

Opponents predict the bill will lead to more late-term procedures.