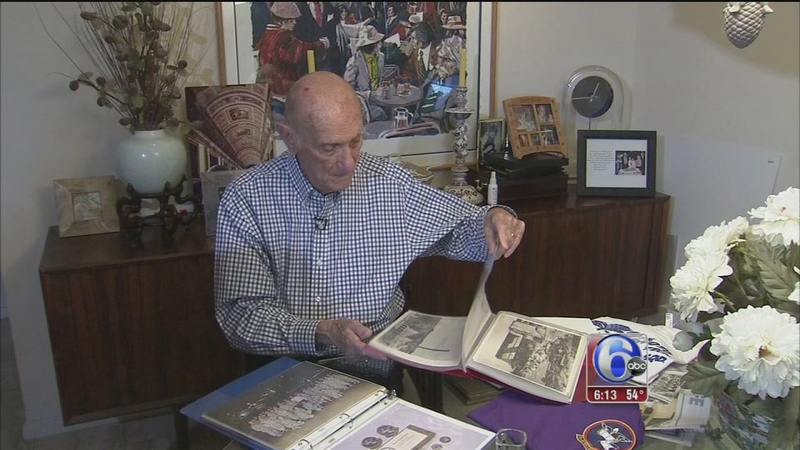 KING OF PRUSSIA, Pa. -- On this Veterans Day, our sister station WPVI in Philadelphia met a man who not only took part in World War II, he recorded it.

From his home in King of Prussia, 92-year-old Milt Dienes remembers those days back in November 1945. He was a 21-year-old Army Air Corps photographer in the 9th Photo Technical Squadron, dispatched to Nagasaki, 100 days after an atomic bomb detonated over the city.

"Where the bomb was involved. Everything was kind of flashed out. There wasn't much," said Dienes, veteran. "It's very important to have it documented, have people know about it."

Dienes had been stationed in Guam, part of a photo recon and intelligence unit. After the war ended, the military wanted to document the damage on the ground.

"I volunteered. I said I'd be interested in doing that. Frankly I didn't know the consequences, if there were any," said Dienes.

With his Speed Graphic camera and wearing no protective gear, for several days he walked through the port city taking snapshots. Very few people. Many buildings decimated.

"You could never be prepared for that," said Dienes.

Dienes still takes photos. He went to Central High School where he was the photo editor for the school paper.

Dienes has talked with students and at clubs, but in September he was invited to Ohio to speak with members of the 14th Intelligence Squadron.

Little had been recorded of the 9th Photo Technical Squadron and their work, and the squadron commander of the 14th wanted to learn more.

They could only track down two men - Dienes was one of them.

"This is the only physical records of the photographs. There's none anywhere," said Dienes.

The Air Force made copies of the photos, which will be sent to the Library of Congress and the National Archives. The two veterans spent several days speaking to the squadron.