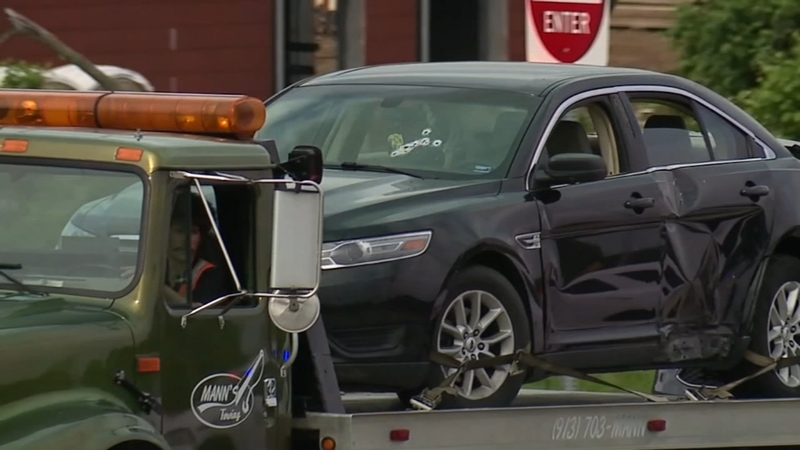 KANSAS CITY, Kansas -- Authorities in Kansas are praising a soldier for stopping an active shooter.

According to KMBC-TV, the suspect was firing guns at passing cars on Centennial Bridge in Leavenworth Wednesday morning when the soldier, who was in traffic, drove into him.

Police received reports of gunshots fired on the bridge and had initially thought they were a case of road rage.

Officials said the shooter used both a hand gun and semi-automatic rifle.

The suspect was pinned under a car when authorities arrived.

Police also found a victim, another active duty soldier at Fort Leavenworth, on the scene who had been shot.

Both the victim and shooter were taken to a Kansas City hospital in serious condition.