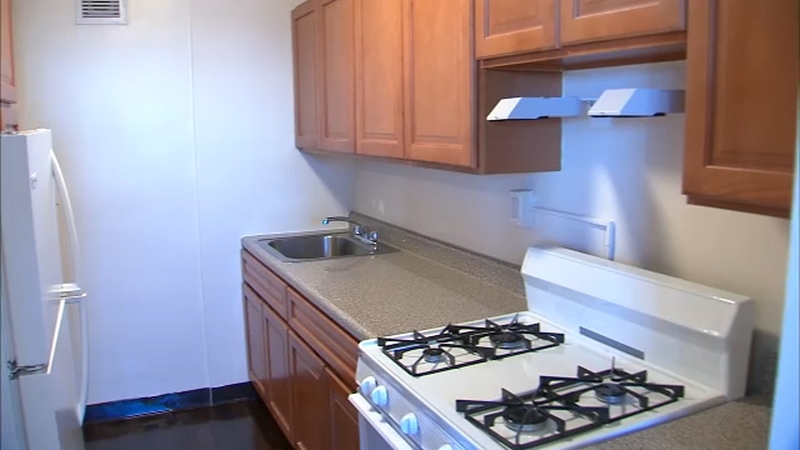 NEWARK, New Jersey (WABC) -- A once-decaying housing complex in Newark has been transformed into $172 million worth of affordable housing.

There was a ribbon-cutting by officials on Thursday for the buildings known as the Garden and Spruce Spires.

The buildings have been part of Newark's landscape for several decades, but had fallen into disrepair blamed on mismanagement and poor ownership.

The new owners took over, and with funding from the state, updated and renovated the buildings in just 18 months.

Each unit took two to three weeks to make over.

Mayor Ras Baraka has led the charge for affordable housing and has dealt with HUD to close buildings owned by slumlords.

He thinks every resident in his city deserves better.

"It's one thing for housing to be affordable, but it also must be of quality," Mayor Baraka said. "Sometimes we get it confused, we think quality doesn't mean affordable and affordable doesn't mean quality, and that because people can't afford the rents they should be able to live in any situation that we put them in, I reject that notion."

Sen. Cory Booker once slept outside the buildings in tents to bring awareness to how dilapidated the buildings had become. That's no longer the case thanks to the improvements.