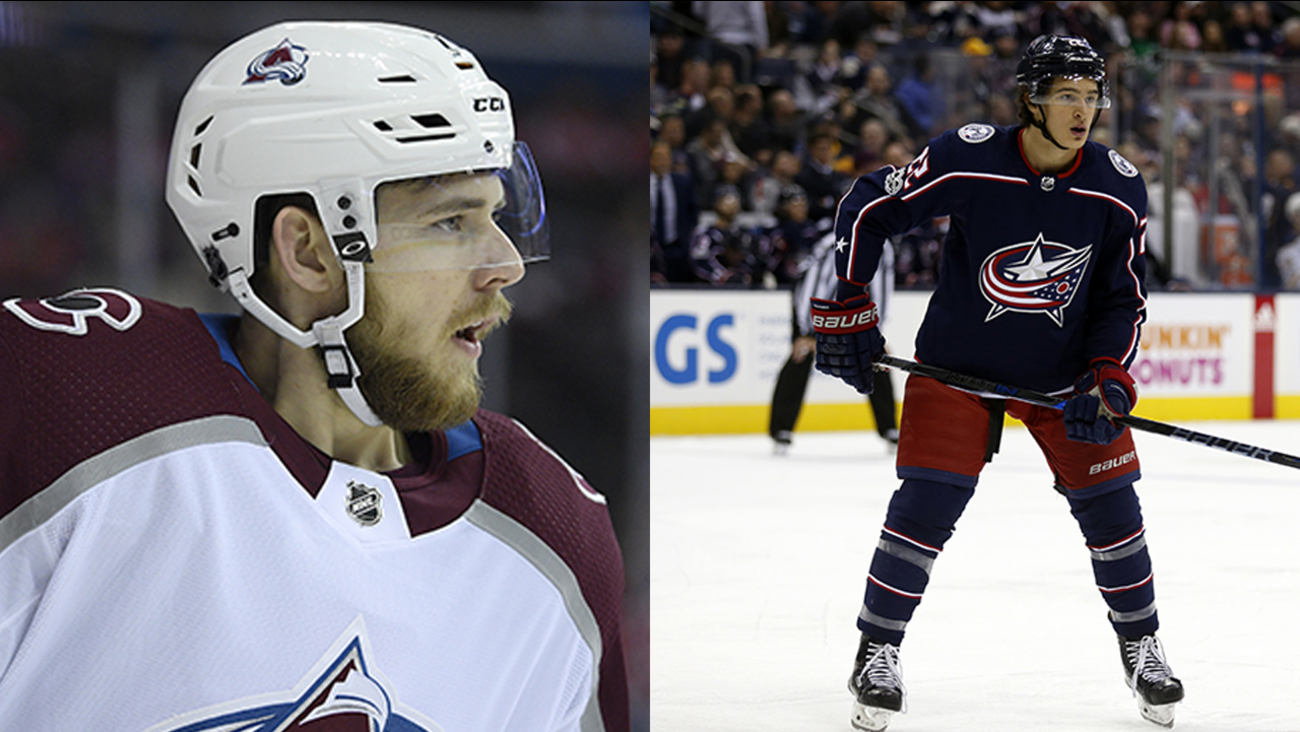 The incident happened at about 5:30 a.m. inside an apartment on West Houston Street in the West Village.

Police responded to a report of an assault in progress and found a 28-year-old man with bruises and scrapes to the left side of his jaw and his abdomen.

Frank 'Sonny' Milano, 23, who is in the Columbus Blue Jackets organization, and A.J. Greer, 22, who has played with the Colorado Avalanche, were charged with assault.

The trio had apparently been out together and were fighting over a bill, investigators said.

Both players were issued a desk appearance ticket and released.

The identity of the victim is not yet known. He refused medical attention.