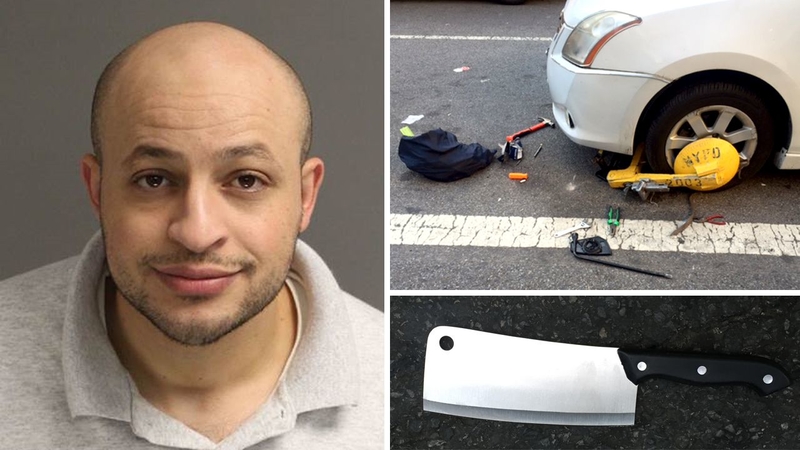 Man gets 20 years in meat cleaver slashing of NYPD detective

MANHATTAN, New York City -- A man accused of attacking an off-duty New York City police detective with a meat cleaver nearly two years ago has been sentenced to 20 years in prison.

Prosecutors say 34-year-old Akram Joudeh was sentenced on Thursday after being convicted of attempted murder, assault and menacing a police officer.

Authorities say officers were attempting to arrest Joudeh in 2016 for trying to remove a boot from his car in Manhattan when he pulled out a meat cleaver and ran.

As officers gave chase, authorities say the off-duty detective confronted Joudeh and was slashed in the head, sustaining a deep laceration.

Joudeh was eventually subdued after being shot by police.