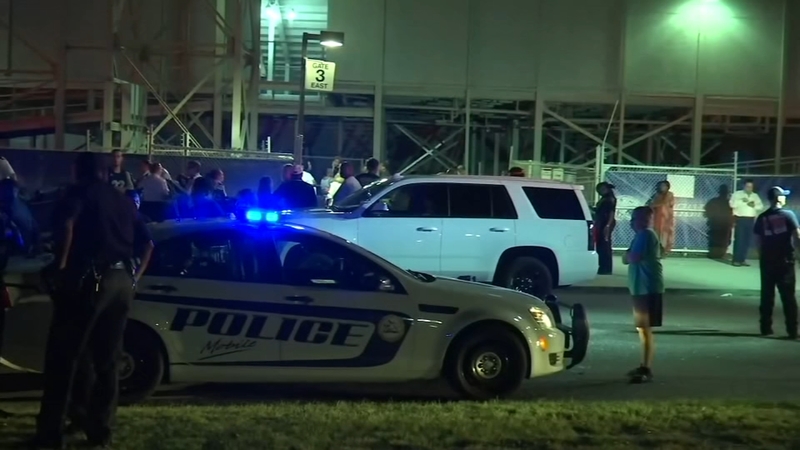 "When I heard the gunshots it was just like I was in a movie or something. It was just unbelievable," witness Levi Wright Jr. said.

Police have arrested 17-year-old Deangelo Parnell in connection to the shooting at Ladd Peebles Stadium.

He is charged with nine counts of attempted murder, according to a spokesperson for the Mobile Police Department.

Lawrence Battiste, chief of the Mobile police department, said the 10 people injured ranged in ages from 15 to 18. He said at least one of the victims had a seizure during the incident.

"This is unacceptable for people not to be able to come out and enjoy an event," Battiste said.

Police say five people are reportedly in critical but not life-threatening condition.

"Why are young people bringing this type of violence to public events? They're bringing their beefs that they have with each other in their neighborhoods, and they're putting other people in harm's way," Battiste said.

The shooting sent hundreds of people in the stadium scrambling for cover.