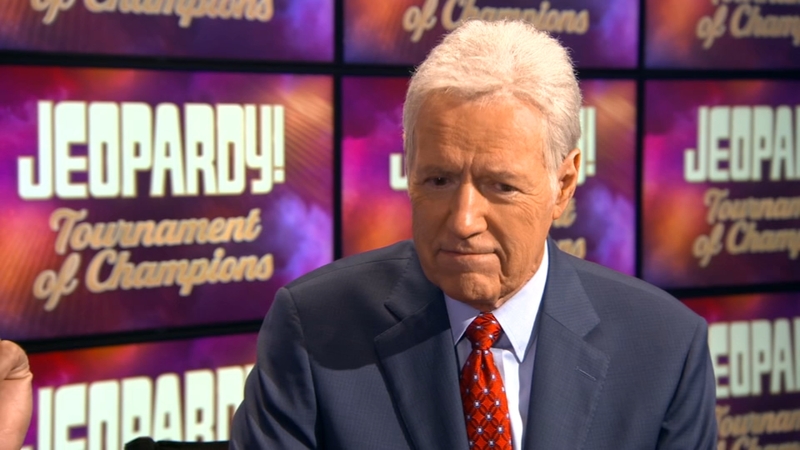 Alex Trebek said he will have to undergo another round of chemotherapy.

In an interview with ABC News' TJ Holmes, Trebek continued to stay transparent about his battle with stage 4 pancreatic cancer.

"I was doing so well. And my numbers went down to the equivalent of a normal human being who does not have pancreatic cancer. So we were all very optimistic. And they said, 'Good, we're gonna stop chemo, we'll start you on immunotherapy,'" Trebek explained.

But then he lost 12 pounds in a week and his numbers went higher than they were when he was first diagnosed.

Alex Trebek issued this video about his fight against pancreatic cancer.

"So, the doctors have decided that I have to undergo chemo again and that's what I'm doing."

Trebek said cancer is a mysterious disease that takes its toll on people in many different ways.

"In terms of getting my strength back, that hasn't happened yet, unfortunately."

He went on to say that his cancer sometimes causes him "excruciating pain" in his lower back and other times "fatigue."
Despite the setback, Trebek is not letting cancer keep him down.

"The thing, I suppose, that gives me the most optimism is that, 'Hey. I'm still here, and I don't feel terrible.'"

The game show host also admitted that he's had to learn to deal with depression. He said he now experiences moments of sadness from time-to-time that "just takes over my whole being for a short period of time."

Still, Trebek, 79, said he had no plans to stop hosting Jeopardy! He has served as the face of Jeopardy! since it made its debut in daytime syndication in 1984. He holds the Guinness World Record for Most Game Show Episodes Hosted by the Same Presenter.

"I realize that there is an end in sight for me, just as there is for everyone else. One line that I have used with our staff in recent weeks and months is that when I do pass on, one thing they will not say at my funeral is, 'Oh, he was taken from us too soon.'" Trebek said. "Hey guys. I'm 79-years-old. I've had one hell of a good life. And I've enjoyed it ... the thought of passing on doesn't frighten me, it doesn't. Other things do, the affect it will have on my loved ones ... it makes me sad. But the thought of myself moving on, hey folks, it comes with the territory."
Report a correction or typo
Related topics:
arts & entertainmentalex trebekcancerjeopardy
Copyright © 2022 WABC-TV. All Rights Reserved.
TOP STORIES
Official admits police made 'wrong decision' in TX shooting
Texas survivor apologized to dad for blood on clothes, losing glasses
Massacre survivor says gunman told them: 'You're all gonna die'
16-year-old arrested after social media threat to shoot up NY school
Former Uvalde school teacher grieves for her mentor, students killed
Bank employees help kidnapped woman after she asks for loan
Summit on missing women and girls of color held in the Bronx
Show More
Bethpage Air Show cancels practice session
2 Long Island beaches close due to high bacteria levels
NYC officials, businesses hoping for post-pandemic summer of tourism
Jersey Shore, businesses prep for busy Memorial Day weekend
NYC beaches officially open to swimmers this Memorial Day weekend
More TOP STORIES News