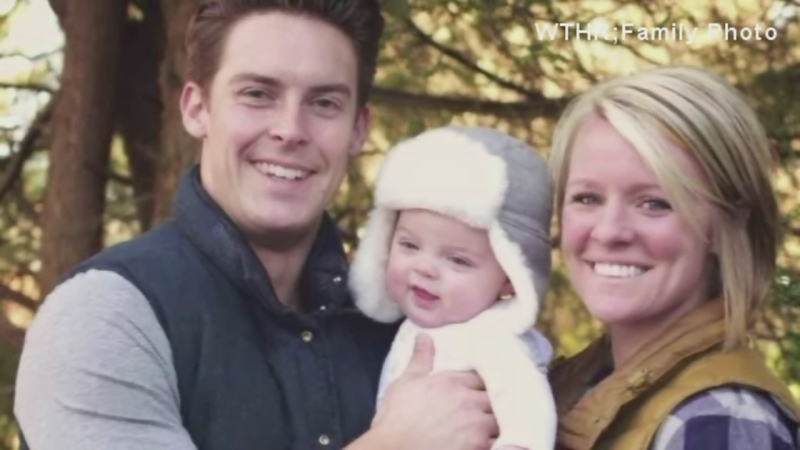 INDIANAPOLIS -- A pregnant pastor's wife in Indianapolis was shot to death during what investigators call a botched robbery.

A mystery gunman is believed to have shot 28-year-old Amanda Blackburn in the head.

Her husband, local pastor Davey Blackburn, told police he got home from the gym and found his home broken into and his wife on the ground. He called 911 and rushed her to a hospital.

But it was too late - she died, reportedly 12 weeks pregnant.

"What our detectives believe currently is that this was a robbery likely to have gone afoul," said Police Sgt. Kendale Adams.

The two already have a child and appeared to be madly in love, posting Youtube videos, including one where Davey Blackburn says, "On our way to Chicago to take a little romantic getaway."

Amanda Blackburn even offered some marriage advice to men.

"You can lead your wife best by just being a really, really good, godly example to her," she said.

"Our detectives are following up on several promising leads, but at this point, they have not released suspect information," Adams said.

The pair had moved to Indianapolis just a few years ago to build the Resonate Church.

"It's impossible to communicate all the emotions my heart has been forced to process," Davey Blackburn said in a statement. "I have not only lost my ministry partner and support, but also my very best friend."