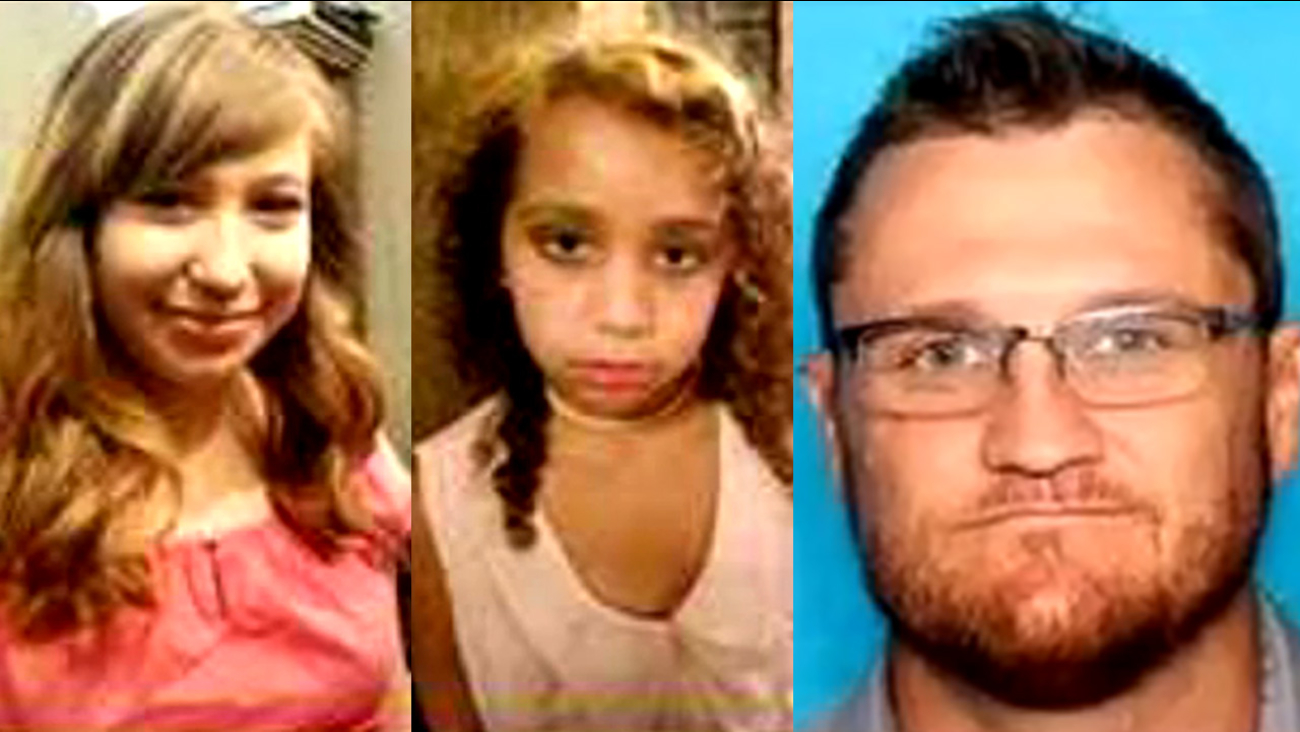 ROUND ROCK, Texas -- Two girls missing from Round Rock since Sunday have been found safe.

Their alleged abductor, Terry Miles, is also in custody, Round Rock police Chief Allen Banks said in a tweet this evening.

Hours after an Amber Alert was deactivated in Texas, another was activated in Colorado after a tip that Miles was seen at a business in Trinidad, Colorado without the girls.

CAUGHT!!! Terry Allen Miles was caught in Colorado without incident. The girls are SAFE!!! Thank God!!

Federal investigators stepped up their search for the suspect after he was caught on surveillance video.

Both girls have been missing from Round Rock since Sunday, when their mother's body was found.

Investigators said the girls' safety was of great concern because of Miles' criminal history.

An #AmberAlert was issued for Lili Griffith and Lulu Bandera-Magret. They may be in gray 2017 Hyundai Accent - TX plate: JGH9845 in Southern Colorado. Call 911 if you see them. @FBIDenver is supporting local law enforcement and @roundrockpolice in safely locating Lili and Lulu. pic.twitter.com/JwtINtYpaj

The 44-year-old man was identified as a person of interest in the death of the girls' mother, Tonya Bates, and their abduction.

He says it's not clear how long Bates had been dead before her body was found.

An Amber Alert was issued Sunday for the girls. On Wednesday morning, Texas DPS issued a notice that the Amber Alert was discontinued. According to Round Rock police, they had evidence that gave them reason to believe the girls may have been in another state.