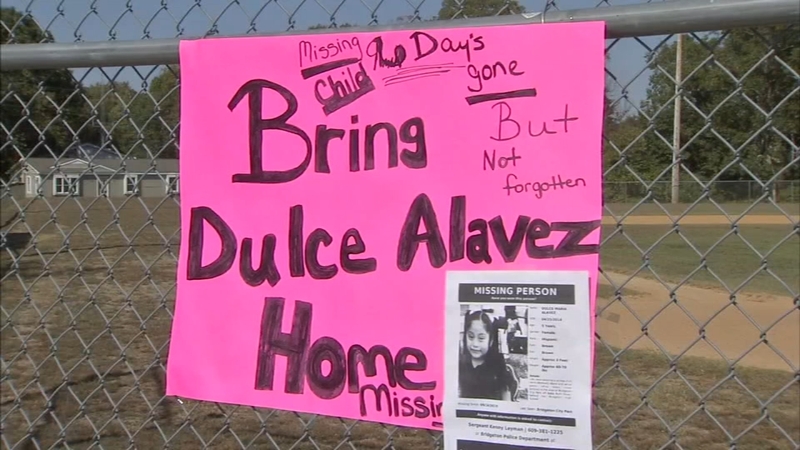 Dulce's face is all over Amber Alert posters, but still, she's nowhere to be found. The FBI has also recently placed Dulce on its most-wanted missing persons list.

"I wish they would bring her back to her family because I know I would be going crazy," said concerned citizen Jesus Calderon.

Officers said a man led Dulce away to a red van while she played with her 3-year-old brother back on September 16 at the Bridgeton City Park.

Investigators said it happened while her mother was in the car with an 8-year-old relative.

Dulce's mother told police her son soon ran back to the car crying and pointed to the area where he last saw his sister. They looked but could not locate her.

The Cumberland County prosecutor said Wednesday that many agencies, including the FBI, are tirelessly working leads in hopes of finding Dulce.

Officials were able to reach Dulce's father Tuesday by telephone in Mexico, where he lives.

Today, they aren't giving any details on the progress made from that conversation.

Officials with the Cumberland County prosecutors office are advising people that they cannot accept money from private individuals. The Bridgeton Police Department will need to verify all offers.

The official reward total for information that leads to solving the case is $35,000.