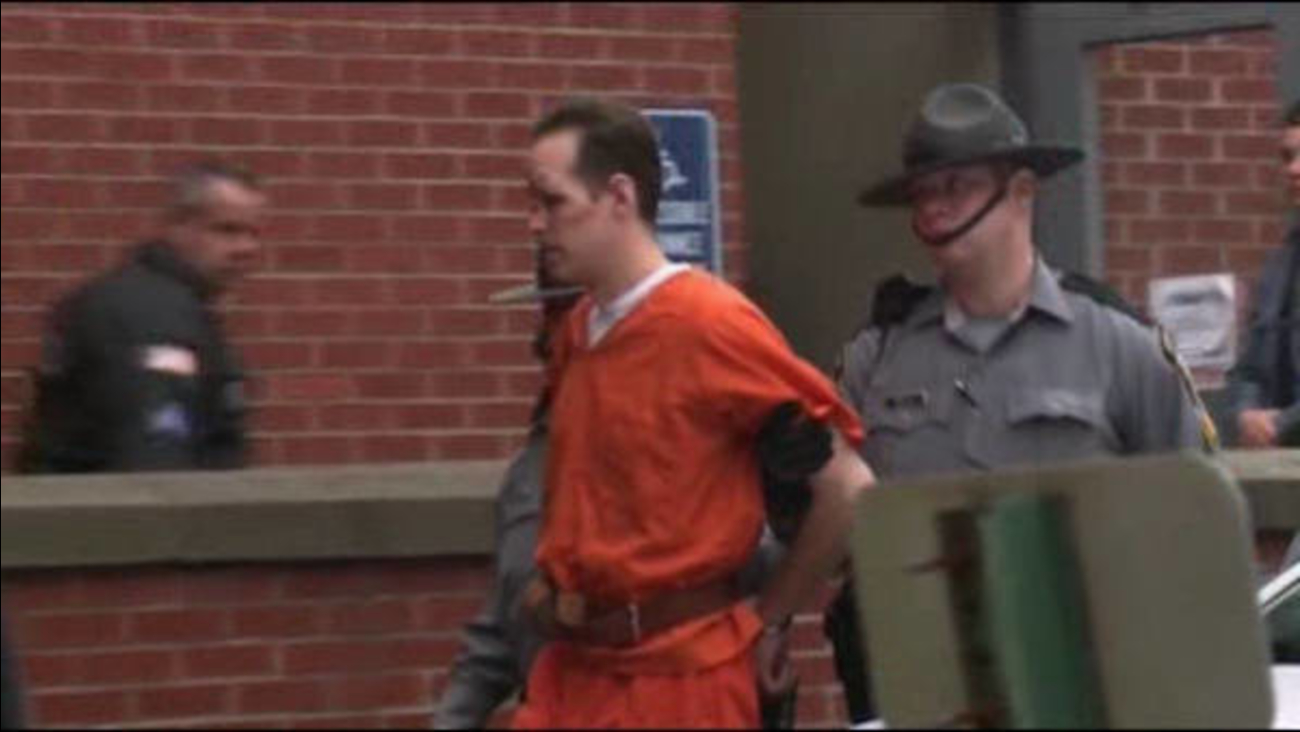 BLOOMING GROVE, Pa. -- Authorities have added terrorism charges against a man accused of ambushing a Pennsylvania State Police barracks and killing a trooper, and they say he told them he wanted to "wake people up."

State police say Eric Frein called the Sept. 12 slaying of Cpl. Bryon Dickson an "assassination" in an interview after his capture.

Police filed the additional counts on Thursday. He was already charged with first-degree murder. Prosecutors are seeking the death penalty.

In court papers, police say they found a letter addressed to "Mom and Dad" on a thumb drive belonging to Frein. They quote the letter as saying that only a revolution "can get us back the liberties we once had."

Frein is accused of opening fire outside the Blooming Grove barracks, killing Dickson and seriously wounding another trooper.

Police said they linked Frein to the troopers' ambush after a man walking his dog discovered his partly submerged SUV three days later in a swamp a few miles from the shooting scene. Inside, investigators found shell casings matching those found at the barracks as well as Frein's driver's license, camouflage face paint, two empty rifle cases and military gear.

Officials, saying Frein was armed and extremely dangerous, had urged residents to be alert and cautious. Using dogs, thermal imaging technology and other tools, law enforcement officials combed miles of forest as they hunted for Frein, whom they called an experienced survivalist at home in the woods.

They pursued countless tips and closed in on an area around Frein's parents' home in Canadensis after he used his cellphone to try contacting them and the signal was traced to a location about 3 miles away. At times police ordered nearby residents to stay inside or prevented them from returning home.

When Frein was arrested near an abandoned airline hangar, he was placed in the handcuffs of the trooper he's accused of killing. He was driven back to the state police barracks in the trooper's cruiser.

Police refused to tell Frein that his family had hired an attorney for him the night he was captured, his lawyer has said. Veteran criminal defense attorney James Swetz said he was prevented from seeing Frein the night he was arrested.