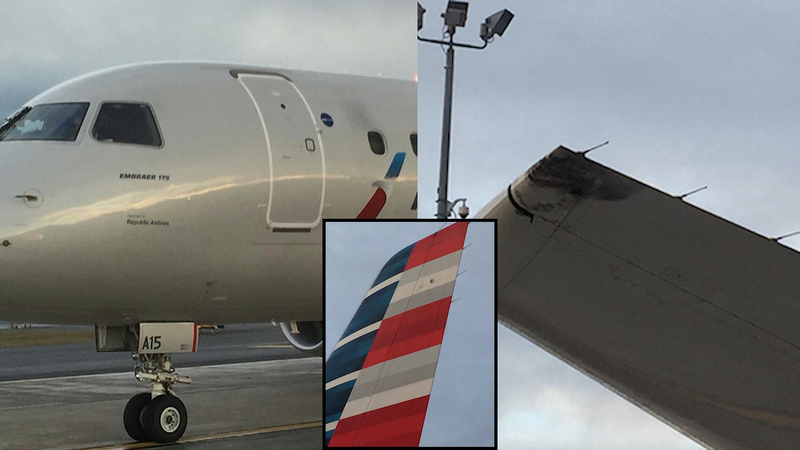 NEW YORK (WABC) -- American Airlines Flight 4233 from Raleigh-Durham to LaGuardia Airport in New York City was forced to make an emergency landing at JFK Airport after the plane hit turbulence and was struck by lightning.

The pilot reported a lightning strike and was diverted to Kennedy, where there are longer runways. The plane landed there safely at 6:06 p.m. The plane was being operated by Republic Airlines.

Some passengers on board described a terrifying experience. One told us there was a flash of light and what sounded like a big explosion.

"I've never had this experience, this is the first time for me," a passenger said.

Passengers were still shaking long after Flight 4233 was safely on the ground at JFK, with the storm clouds still menacing in the distance.

"It was pretty terrifying, I'm not going to lie," said Diante Edwards, a passenger.

The 70 seat jet with the call sign "Brickyard 4233" was enroute from Raleigh-Durham to LaGuardia. The flight path took them headlong into a storm.

"Brickyard 4233, we take a new heading, we got a pretty big build up in front of us," the pilot said.

But moments later, passengers saw something they may never forget.

"Bang! Out of nowhere!" a passenger said. 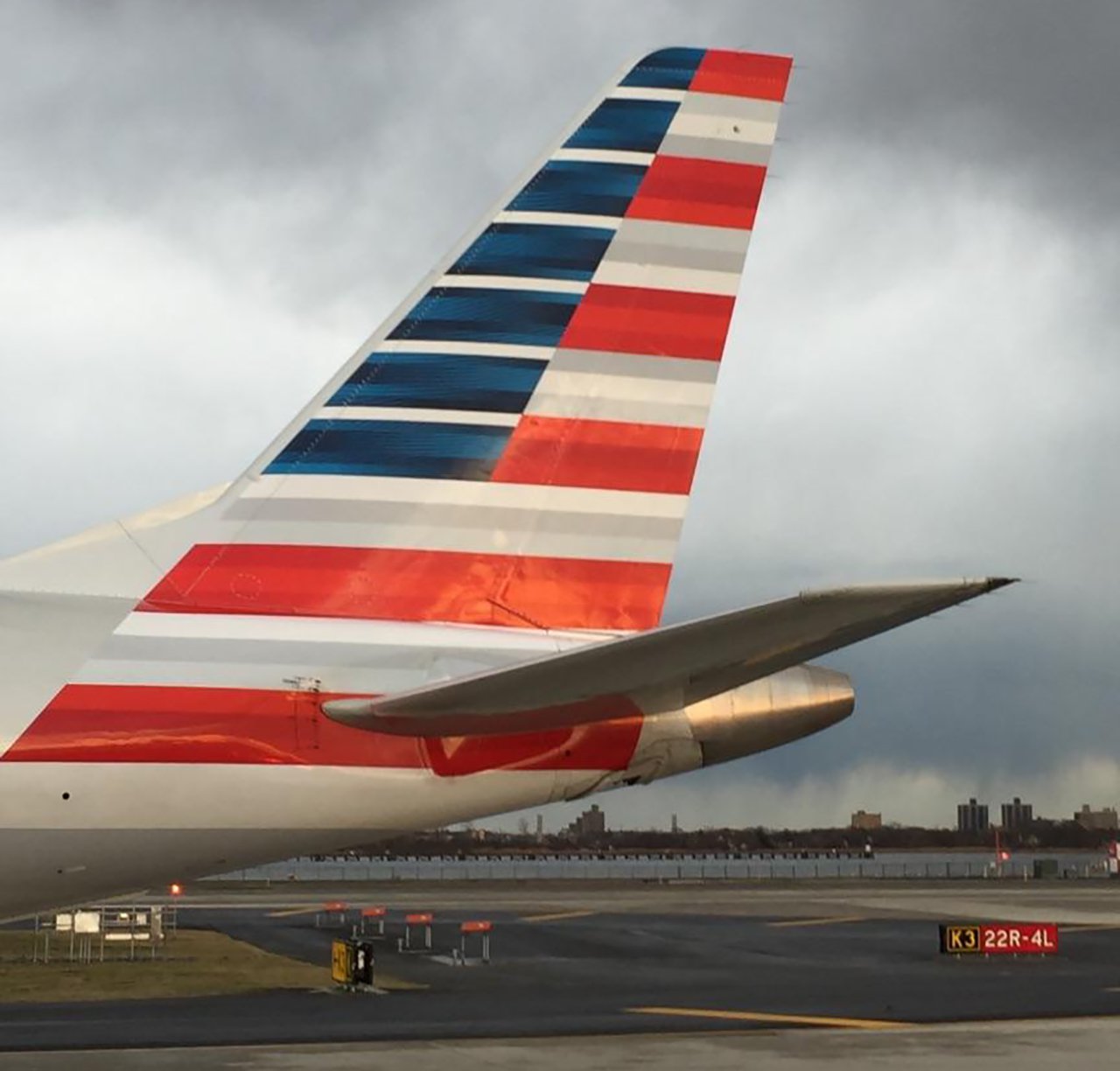 "Wow, never seen this before," another passenger said.

"There was a flash of light, a big explosion, the plane dipped about a hundred feet, I don't know, it felt like I was on a rollercoaster," said Lou Luca, a passenger.
EMBED More News Videos

Stacey Sager speaks to passenger Lou Luca about his ordeal.

"And Brickyard 4233, just got hit by lightning," the pilot said.

"Yeah, don't send us through there again, it's pretty bad. Let's go ahead and divert to JFK," the pilot said.

Here's the path the plane took, as recorded by FlightAware: 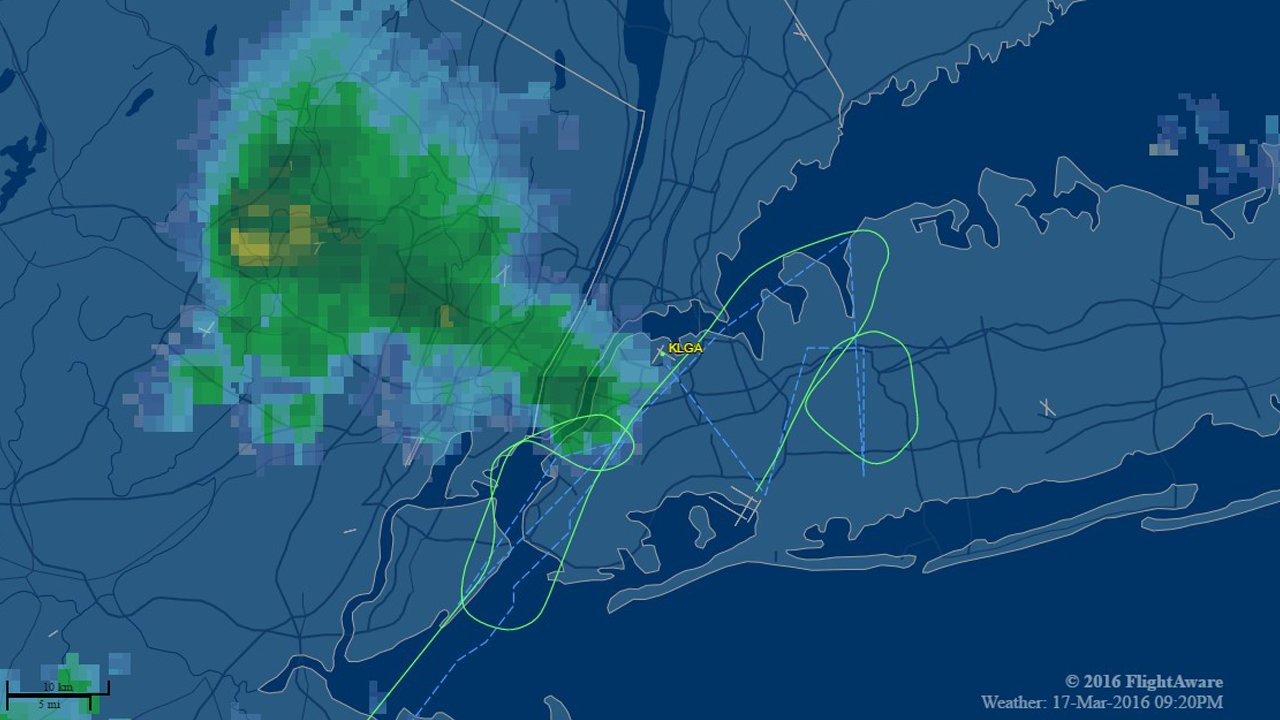 There was visible damage to the jet in at least two places. As for the passengers? You know how they feel.

"Soiled my pants a little bit, it was bad!" Luca said.

"My last meal is going to be like the bag of peanuts and the cup of water I got on the flight. It was pretty intense but I'm glad we made it out safe," Edwards said.