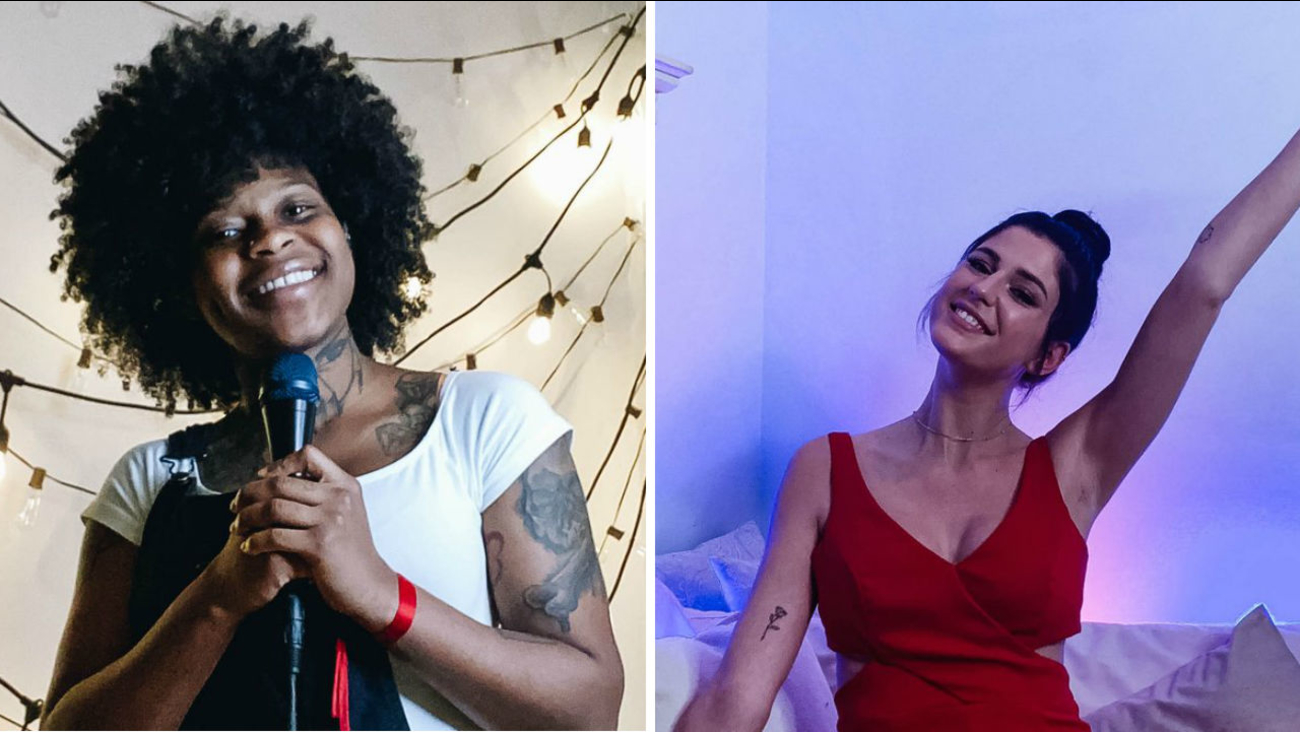 NEW YORK (WABC) -- "American Idol" is narrowing down to the Top 10 performers this Sunday night after the finalists performed while sheltering in place across the country last week -- and both contestants representing New York made the cut.

Gargano performed Billy Joel's 'New York State of Mind' in Round 2, hoping to earn a spot in the Top 7 next week.

The performer known as 'Just Sam,' who hails from Harlem, also made it into the top 10.

She wowed the judges with her performance of 'Grandma's Hands' by Bill Withers.

Until recently, she sang on the subways to help support her family.

"I'm grateful, you know," she said. "And I think about how just a couple months ago now, I was on the trains every single day, and I was working so hard."

She chose to shelter in place in LA after filming on the show stopped rather than risk infecting her beloved grandmother, who lives with her in New York City.

When Just Sam sings the words of Fantasia, "I've waited all my life for this moment to arrive," you believe her

Both contestants face unique circumstances that are unprecedented in the long history of "American Idol."

Just Sam says performing by yourself is "kind of fun, in a way, because it's a challenge."

After her top 20 performance, Gargano admitted she was apprehensive

"We were all nervous when we found out that we're weren't going to be getting that big band behind us, the audience in front of us, the wardrobe, the lights."

The new setting leaves a performer vulnerable and exposed, but it also favors the truly talented, as the show's mentor, Bobby Bones, explains.

"The great thing about 'American Idol' this season is you have to really, really be good at your singing and your playing to make it to the next level," he said. "And it does favor Sam, who has a great voice, and Julia, who can really sing."

Social distancing means equipment was shipped to each home, with a loved one enlisted to use it.

"Me and my mom were in this room for, you know, like hours on end a day," Gargano said. "Just like working little things, so when she hugged me, it meant so much more. Because once we wrapped, once we filmed that performance, it was just like, 'We did it. This is all me and you.'"

Performers have just one take to get it right, unless there is a technical glitch, Bones said. He predicted that even though the field will get cut in half on Sunday night, he expected Gargano and Just Sam to make it through to the next round.