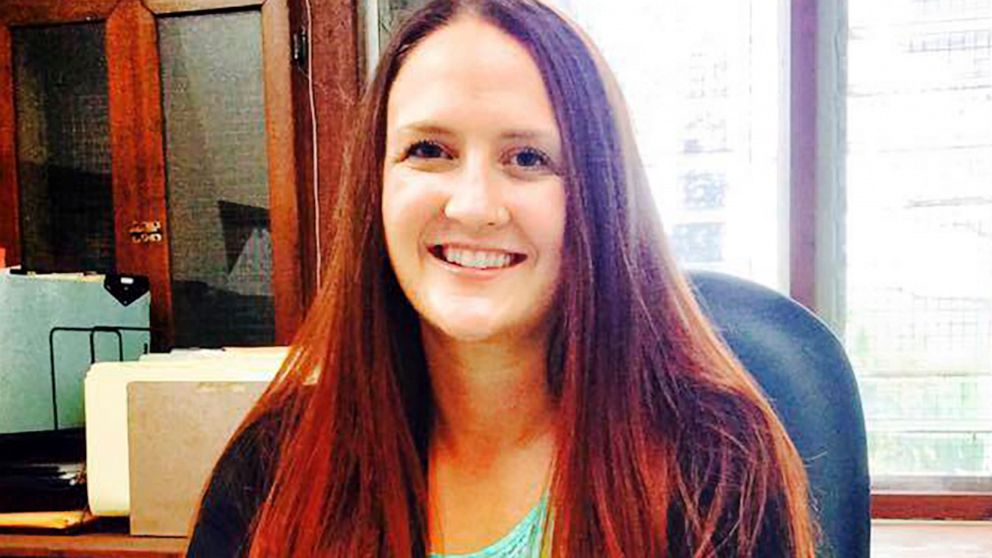 LONDON -- Simon Hammerling was at home on Monday evening baking brownies with a child he and his wife were helping to take care of when he heard three loud gunshots.

He ran outside to find one of their dogs shot dead in their car and his wife, Rachelle Bergeron, slumped over on the ground by the side of their house on Yap, an island group in the Federated States of Micronesia.

"I just kind of fell by her, not really thinking about anything else," Hammerling recalled in a Skype interview with ABC News. "She was just crouched over and breathing really heavy."

Bergeron had returned from her daily jog around 7 p.m. and was shot while opening the trunk of the car to let out the dog.

Hammerling said he didn't see who fired the shots. He called police, while neighbors and friends also rushed over to help. His coworker, Amos Collins, said Bergeron was already unconscious when a police officer arrived on scene.

"We made the decision there to take her to the hospital," Collins told ABC News in a Skype interview. "We got a blanket under her and lifted her onto my flatbed."

They drove straight to the local hospital on Yap, where medical staff placed Bergeron on a gurney and took her into the emergency room.

"We basically stood back and watched them try to resuscitate her," Collins said. "They continued to try to revive her until just shortly before 8, when they finally said they couldn't get her back."

Bergeron, a 33-year-old American serving as the acting attorney general of Micronesia's Yap State, died from her gunshot wounds that night.

"Yap's spirit is broken by this senseless and heinous act," Yap State Gov. Henry Falan said in a video statement Tuesday. "I promise to do everything in my power to have justice prevail."

A spokesperson for the U.S. Department of State confirmed the death of an American on Yap on Monday.

"We offer our sincerest condolences to the family on their loss, and are providing all appropriate assistance to the family," the spokesperson told ABC News in a statement. "Out of respect to the family during this difficult time, we have no further comment."

The FBI is sending a team of agents to the tiny island of Yap, nearly 4,500 miles west of Hawaii in the Pacific Ocean, to investigate Bergeron's death.

"At the request of the Department of Foreign Affairs, Federated States of Micronesia, the FBI Honolulu Division is providing investigative assistance in the matter of the death of Rachelle Bergeron Acting Attorney General for the State of Yap," FBI spokesperson Michelle Ernst told ABC News in a statement Tuesday.

Bergeron and Hammerling were approaching their one-year wedding anniversary when she died. Hammerling described his late wife as "bubbly," "strong" and "passionate."

"I loved her very much," he told ABC News. "I miss her already."

Bergeron, a Wisconsin native, graduated from the University of Florida Levin College of Law in 2010. She practiced law in Washington, D.C., New York City and India before moving to Micronesia in 2015 to take a job as the assistant attorney general of Yap State.

She started dating Hammerling in 2016, and the couple wed just last year.

Hammerling, who's from Germany, has been involved in missionary work on Yap for over a decade. He's currently a pilot and mechanic with Pacific Mission Aviation, a Christian missionary organization in the region.

Both Hammerling and his colleague, Collins, described Yap as a very safe place to live, where gun violence is practically unheard of, overall crime is low and people leave their doors unlocked. Private ownership of firearms is prohibited in the Federated States of Micronesia.

"This is a shock to all of us," Collins told ABC News. "Because it's a small island, it's a very small town feel. Everybody knows everybody, and it's probably why crimes don't happen as much because if you do something you're going to get caught."

"But when a tragedy hits like this, it's amazing to see how the local people care about us, even as expats," he added. "I think we're all in the same boat together, that we want this person to be caught and brought to justice."

Collins said Bergeron's post as acting attorney general is the "most dangerous job" on Yap.

Bergeron saw the worst of Yap as she prosecuted criminals across the island group, which is less than 50 square miles and home to about 11,000 people. She was passionate about human rights and sought to help victims of abuse and trafficking. Because of her work, she faced threats and dealt with people who were angry over her decisions, according to those who knew her.

"She always had people that were giving her a hard time," Hammerling said, adding that he didn't know of any specific incidents. "But there was always the other side because she really loved justice."
Report a correction or typo
Related topics:
abc newsnational
Copyright © 2020 ABC News Internet Ventures.
More Videos
From CNN Newsource affiliates
TOP STORIES