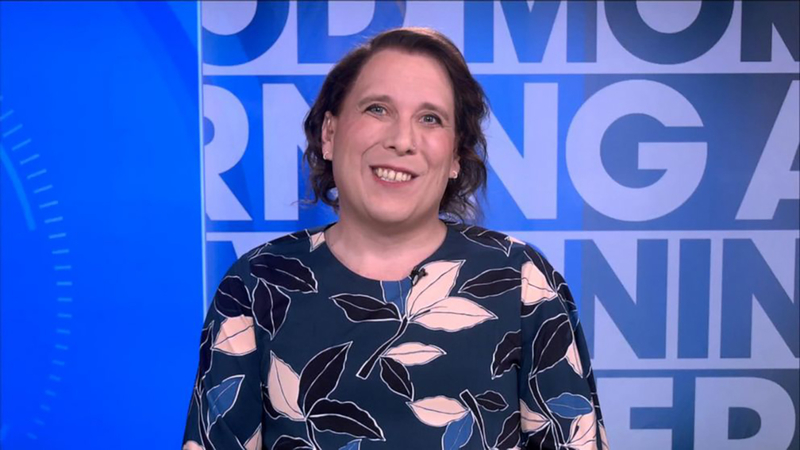 LOS ANGELES -- Amy Schneider continues to climb the "Jeopardy!" leaderboard. With her 39th victory on Monday's episode, Schneider unseated Matt Amodio to claim the second-place spot for most consecutive games won in the show's history.

Schneider is now second only to Ken Jennings, who racked up 74 consecutive wins in 2004. Amodio, now in third place, logged 38 wins last year.

As of Monday's episode, her winnings total $1,319,800. She is the winningest woman in the show's history and one of only four "Jeopardy!" players to reach seven figures in regular-season winnings.

"It still feels unreal," Schneider said Monday. "Knowing that I had this chance, I was definitely thinking about it. Then Ken said it, and I thought, 'Alright, I just accomplished this huge thing,' and it was pretty great."

While Schneider may have bested Amodio this time around, they both are set to compete in the next edition of the Tournament of Champions.

"I'm definitely looking forward to it. I'm also a little bit intimidated by it. When I first started, I wasn't sure if I might be going up against Matt Amodio and I was really hoping I wouldn't. And now it turns out I'm going to have to anyway," Schneider told George Stephanopoulos in an exclusive interview on "Good Morning America" Monday morning.

She added: "It's going to be really challenging; a lot of strong players there, but it should be a lot of fun."

Amy Schneider has been a "Jeopardy!" fan her whole life. Now, she's become the first trans contestant to qualify for the 'Tournament of Champions.'

Throughout her run on the show, Schneider has fulfilled a prediction made by her 8th-grade classmates in Dayton, Ohio: She was voted most likely to be a "Jeopardy!" contestant based on her geography and spelling bee prowess.

More significantly, she's the first openly transgender person to qualify for the show's tournament of champions. In a series of tweets last November, Schneider said she's proud to be a trans woman and wants people to know that aspect of her, adding, "but I'm a lot of other things, too!"

Click here to see when "Jeopardy!" airs in your city.