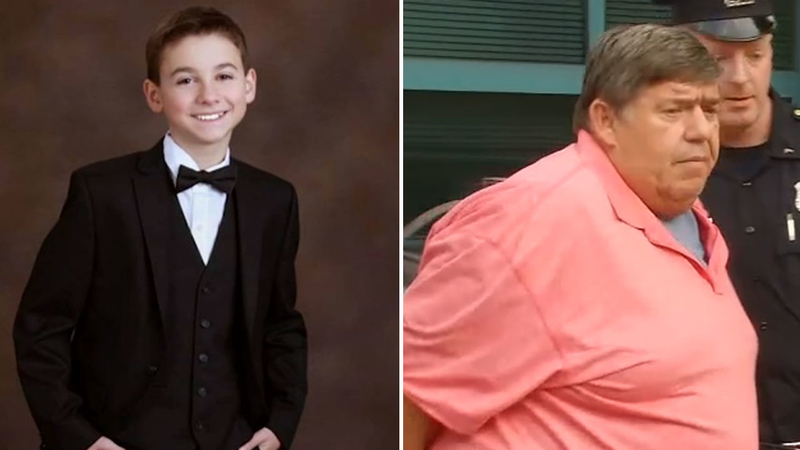 RIVERHEAD, Long Island (WABC) -- The fate of the man accused of killing a Boy Scout while driving drunk now rests in the hands of a jury on Long Island.

The jurors deliberated for four hours Tuesday before adjourning for the day, and will resume Wednesday morning.

Prosecutors say Thomas Murphy drove off the road and hit Andrew McMorris while the 12-year-old hiked in Suffolk County last year, saying in closing arguments that he "recklessly and selfishly" got behind the wheel of his SUV after pounding vodka on a golf course and plowed into the group.
"Mr. Murphy's conduct turned a dream day for these boys and their fathers into a nightmare," Assistant District Attorney Brendan Ahern, told the jury of seven men and five women.

The defense countered that prosecutors failed to prove Murphy was legally intoxicated at the time of the September 2018 crash, particularly after the Suffolk County judge dropped four charges of the 16-count indictment.

"But Murphy decided to gamble," Ahern said. "He gambled with his life and lives of Troop 161. He selfishly rolled the dice and the children lost."

Thomas refused a breathalyzer test, and blood tests four hours later showed his BAC to be .13. That is still well above the legal limit of .08, but Judge Camacho told the attorneys that the charges in question were "not legally sustainable."
"There are so many holes in their version of the truth," defense attorney Steven Politi said. "When you have two stories about what happened, you have reasonable doubt."

The defense also contended that the Scouts were listening to music on earbuds while hiking.

Politi urged jurors to disregard their emotions and focus only on the facts of the case.

"Don't compound that awful tragedy with another tragedy," he said.

Even with the charges dropped, however, the sentencing guidelines do not change. Murphy still faces 8 1/3 to 25 years in prison on the other 12 charges, which include the other top counts of aggravated vehicular homicide and second-degree manslaughter, as well as second and third-degree assault, second-degree vehicular assault and one count of driving while intoxicated.