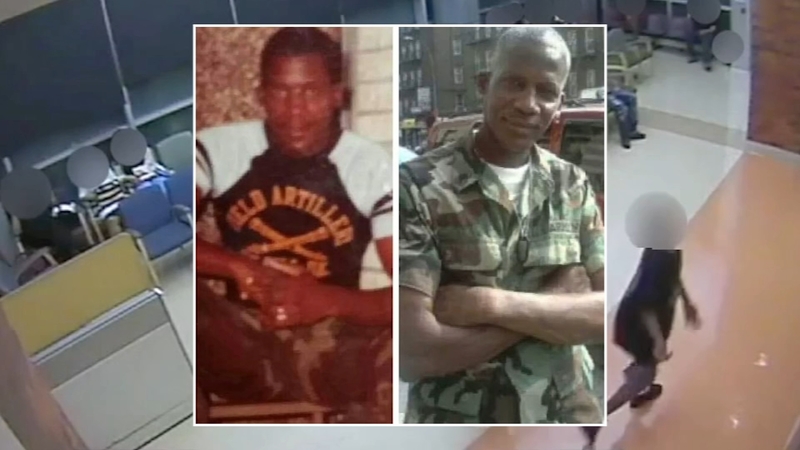 BRONX, New York (WABC) -- Lincoln Hospital in the Bronx is facing a lawsuit after a family claims their loved one suffered extreme neglect in their care, and it was all caught on surveillance video.

Angel Rivera's family claims he waited nine hours in the emergency room, where he was taken after he was punched in the head. The relatives say the hospital failed to take proper care of him until he fell into a coma, from which he never recovered.

Angel Rivera, Jr., says the video is agonizing to watch.

"To look at the time stamp and to see that nine hours passed by without anyone making any sort of attempt to find him, that's hard for me," he said.

The video shows his father in the emergency room, but what you cannot see in the video is the blood slowly seeping out of his brain from a traumatic head injury. The hospital staff couldn't see it either, but the family's attorney, Mark Bodner, says they should have noticed the symptoms.

"He might have slurred speech, or his eyes might not open as wide as they normally would," he said. "He would appear sleepy, groggy and sluggish."

Instead, Bodner said Rivera was virtually ignored for nine hours until he slipped into a coma and was found bleeding from the mouth.

Emergency surgery was unsuccessful, and Rivera would linger in a coma for two years until he died.

"When someone comes to the hospital with a head injury, you have to observe that person to determine if they're going to worsen," Bodner said.

Rivera arrived in the emergency room after an altercation with a friend, and he had fallen after being punched in the face.

The case is shockingly similar to that of Esmin Green, who collapsed and died in the waiting room at Kings County Hospital.

Lincoln Hospital is operated by the city's Health and Hospitals Corporation. A spokesperson issued the following statement:

"While patient confidentiality laws preclude our commenting on the specifics of this case, we nevertheless extend our heartfelt sympathies to the family members of Mr. Rivera."

Rivera, Jr., says he and his family deserve answers.

"If I'm in that position and someone comes in with a head injury, I'm going to do my best to monitor them and not let nine hours pass and then find someone slumped over," he said. "That's difficult."