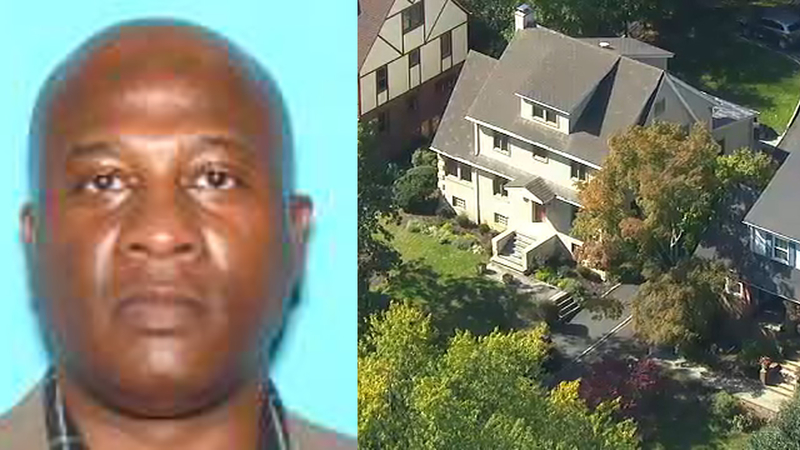 MONTCLAIR, New Jersey (WABC) -- A suspected murderer is on the run in New Jersey Tuesday after a woman was found fatally shot inside her home.

Angela Bledsoe, 44, was pronounced dead at her home in the 300 block of North Mountain Avenue in Montclair at 1:17 a.m.

Montclair police received a call just before midnight to make a wellness check at the home, and arriving officers discovered the victim suffering from apparent gunshot wounds.

Police say Ray and Bledsoe lived together and had a child in common.

That child is in the care of family members.

Ray remains at large, and he is believed to be armed and dangerous.

He is believed to be driving a black four-door BMW 328i with New Jersey license plate ZNX68M.

Authorities say he called his brother after the shooting and told him what happened, and his brother then notified police.

Anyone with information is asked to contact the Essex County Prosecutor's Office Homicide/Major Crimes Task Force tips line at 1-877-TIPS-4EC or 1-877-847-7432.