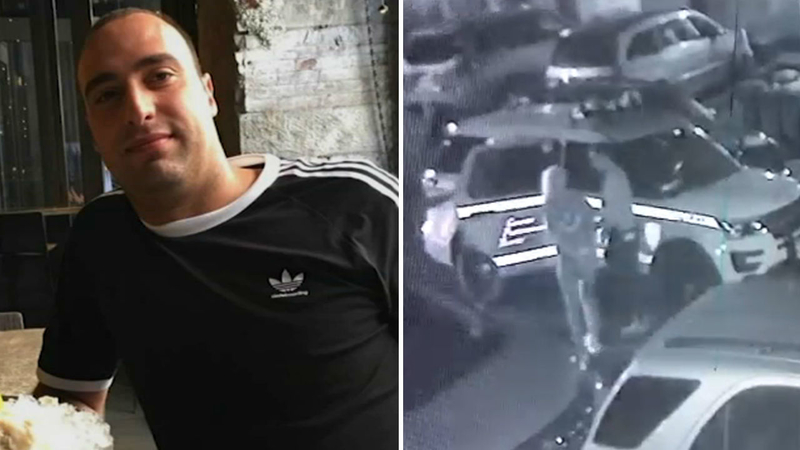 Source: Prostitute arrested in death of chef found in Queens

QUEENS, New York (WABC) -- A law enforcement source says a woman is under arrest in connection to three deaths -- including a head chef of a well-known New York City restaurant who was found dead last week.

Angelina Barini, 41, is facing charges of conspiracy to distribute and possess with intent to distribute one or more substances containing fentanyl, according to court documents.

An indictment says she is linked to the recent deaths of three men in Queens: A July 4 death at the Airway Inn near LaGuardia, a July 11 death at the Crown Motor Inn in Woodside and the Aug. 21 death at the Kamway Lodge in Elmhurst -- that victim is identified in the court documents as John Doe 3.

A law enforcement source says John Doe 3 is 33-year-old Andrea Zamperoni who was found dead last Wednesday at a Queens hotel that was a known drug and prostitution location.

Zamperoni was reported missing by co-workers last Monday when he didn't show up to work at the famed Cipriani Dolci in Grand Central Terminal.

Authorities say video shows the suspect walking with the victim into the seedy hotel days before he was found dead.

Barini told investigators she is a prostitute and that Zamperoni had paid her for sex, according to the court documents. She said he was given liquid ecstasy and did not wake up.

Authorities are still looking for others in connection to Zamperoni's death -- including some who Barini says discussed cutting up the chef's body.

When police arrived, his body was still intact and wrapped in bed linens inside a garbage can. When investigators searched the room, they also found a purple liquid, glass pipes, bottles of bleach, a power saw and an empty suitcase.

Barini made her first court appearance in Brooklyn on Monday afternoon where she was remanded but did not enter a plea.

In the other two cases, authorities say the victims died after taking a toxic mix of alcohol, methamphetamine, cocaine and fentanyl.

The family of one of the other victims was there for the court appearance.

Norrele Silvero said her 28-year-old son Jean is the victim who was found dead on July 11 and she has no idea how her son met Barini.

Barini didn't work alone and told authorities her pimp and others "have occasionally taken the property of the victims once they are drugged and incapacitated."