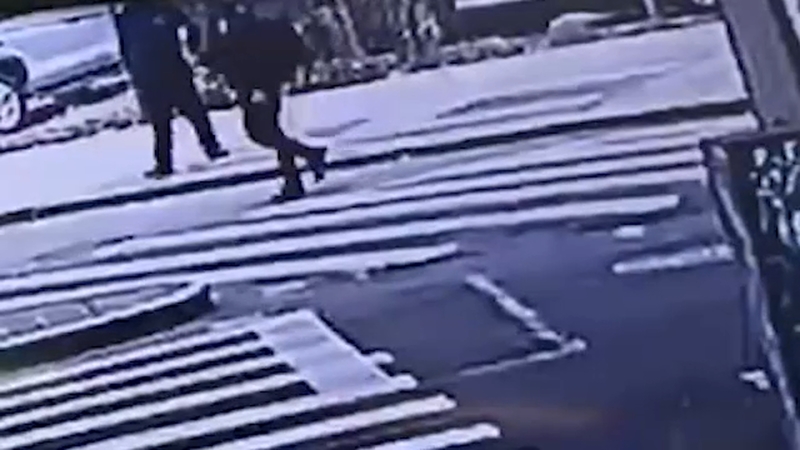 WILLIAMSBURG, Brooklyn (WABC) -- A woman is accused of making anti-Semitic remarks and punching a Hasidic man in the throat before stealing his phone in Brooklyn.

The 22-year-old victim says two women made anti-Semitic remarks and threatened to kill him before he was punched in the throat.

He was taken to the hospital, where he is said to be stable.

The two women, identified as a 34-year-old and 24-year-old Jasmin Lucas, were taken into custody on Broadway and Rutledge Street moments after the attack.

Lucas has been charged with robbery, aggravated harassment as a hate crime, assault and criminal mischief. The other woman was released.

With anti-Semitic crimes on the rise across the city, Mayor Bill de Blasio said the NYPD will increase patrols in Jewish communities and that people must be able to walk their own neighborhoods free from fear.

The rash of anti-Semitic assaults -- including the stabbing attack during a Hanukkah gathering in Monsey last week -- prompted Governor Andrew Cuomo to visit Brooklyn in a show of support for the Jewish community.

The governor shook hands and spoke with Orthodox residents of Williamsburg. He said all of New York feels disturbed by the incidents and that New Yorkers stand in solidarity with the Jewish community.

"It's not just standing in solidarity, it's taking actions to make you secure in your community," Cuomo said.

The NYPD is also adding more patrols in Brooklyn.