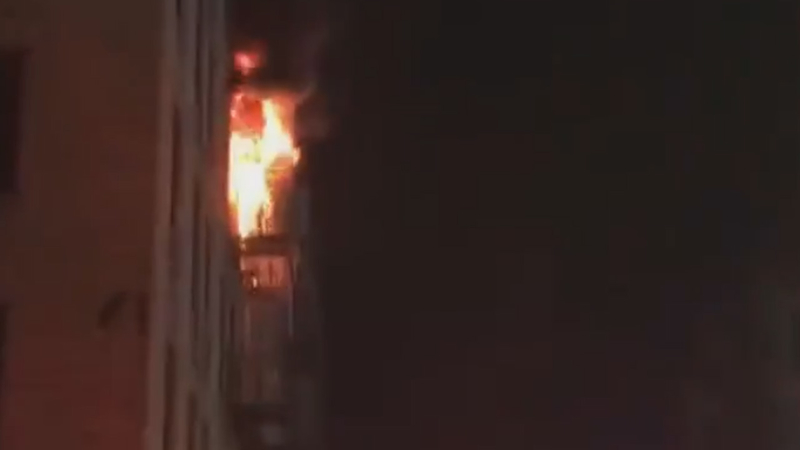 UNIVERSITY HEIGHTS, Bronx (WABC) -- Four people, including a young child, are hospitalized Friday after a fire tore through their apartment in the Bronx.

The fire broke out around 2:50 a.m. inside the fourth floor of the building on Davidson and West 183rd Street in University Heights.

The entire building had to be evacuated due to the smoke and flames.

"It was actually kind of scary to see the flames coming out from the side because I believe the rooms on this side are all actually bedrooms," resident Carlos Villamar said.

Villamar was among the dozens of neighbors forced out onto the street in the middle of the night with just the clothes on their backs.

"Everybody just coming out, my dad was just in socks, I took out whatever I had," Villamar said. "Everybody was just in a mad dash to get out of the building."

The four people hurt suffered non-life threatening injuries. One, a little boy, was seen being loaded into an ambulance.

Firefighters were able to contain the fire to the fourth floor and stop it from spreading throughout the rest of the building.

Tenants of units not damaged by the fire have been allowed back inside the building.

The Red Cross is providing assistance to anyone affected.