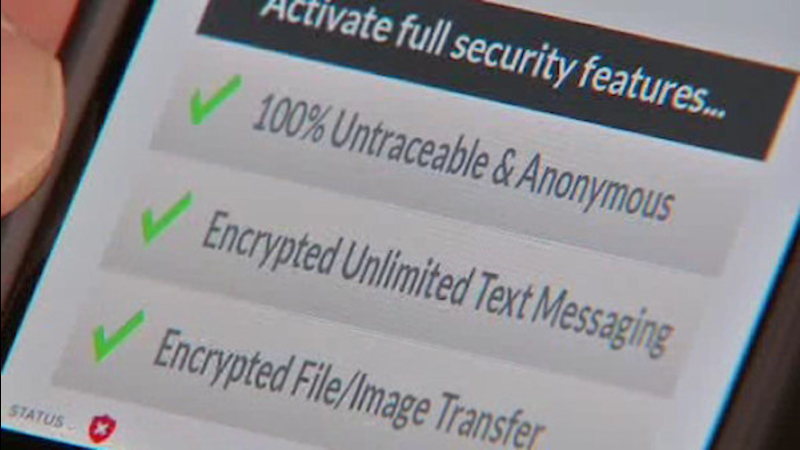 Terrorists using encyption with apps and other new communication methods

NEW YORK (WABC) -- More information is trickling out about how the terrorists in Paris communicated with each other while remaining undetected. New apps and technology allow them to send encrypted communications that couldn't be traced, and law enforcement officials are calling it a game-changer in the effort to track terrorists.

That such a coordinated attack left not a trace of internet chatter leads investigators to suspect the perpetrators used encryption technology to communicate. Whether video games like PlayStation4 or smartphone apps, powerful encryption tools are easily available to anyone, much of it free. With names like Ghost Chat, Armor Text and Cover Me, the apps offer military-grade encryption.

Using one of these free apps, the Eyewitness News Investigators were even able to select the amount of time any sent message would exist.

The recipient clicked on it, read it, and in less than five seconds, it disappeared, gone forever.

Mashable reports that encryption has been around for a long time, but now it is available to anyone. And it's so secure that no third party, not Apple or Google, or even law enforcement with a warrant can gain back-door access to encrypted messages.

"Imagine that all of these messaging systems now are black boxes to everyone except people on both sides of the conversation," Ulanoff said.

But tech companies are resisting giving backdoor access to government for fear of a backlash from customers still angry about the government's privacy over-reach, which were exposed by Edward Snowden.