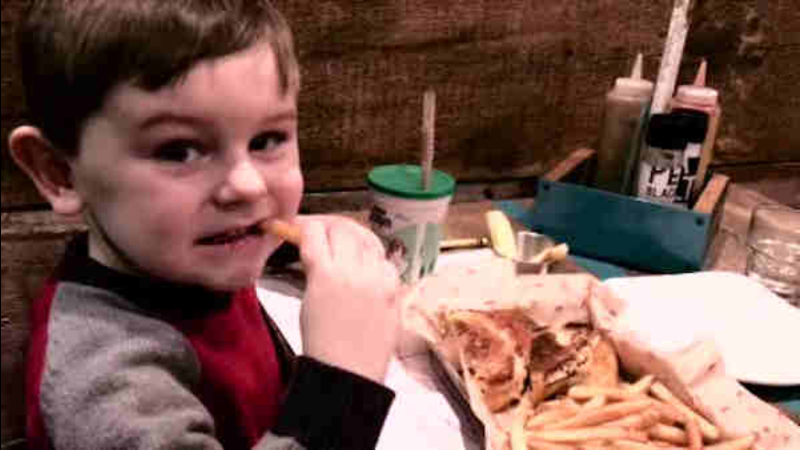 Teen with illness treated to tour of NYC

NEW YORK (WABC) -- A teenager with a life-threatening illness is getting a personalized tour of New York that few ever see.

The NYPD is treating Jacob Priestly to his day in the spotlight.

His story began weeks ago in Arizona, with a campaign to collect 10,000 birthday cards.

Officers in Brooklyn responded, and then some.

Jacob Priestly had a very important job Tuesday morning at Radio City Music Hall. The 14-year-old from Arizona carried the holy water for Cardinal Timothy Dolan to bless the animals for the Christmas show.

"I can't really explain it, it's just cool and awesome," said Jason.

"I reminded him that the grandfather Jesus was Jacob," said Cardinal Dolan.

Jason suffers from Mitocondrial Disease which is preventing his body from producing energy.

There is no cure and his family doesn't know how many more birthdays he will get to enjoy.

For his 14th birthday in August, Jacob asked for 10,000 birthday cards to help encourage him through the constant pain he endures.

The big-hearted men and women of Brooklyn's north patrol sent thousands of cards. A friendship developed.

And the NYPD decided to give Jason something he never asked for: A VIP trip to NYC. The Priestly family arrived in New York City Tuesday morning courtesy Jet Blue.

"First we were talking about let's go to Arizona, but then we said let's bring Jake and his family to the biggest, best city in the world," said NYPD Assistant Chief Jeff Maddrey.

Jacob received a special proclamation from Brooklyn Borough President Eric Adams, a bag of swag and of course a Brooklyn hat.

Thanks to the generosity of New Yorkers, the family will be treated to games and dinners and other highlights the rest of the week. All this to let a 14-year-old birthday boy know he does not suffer alone.