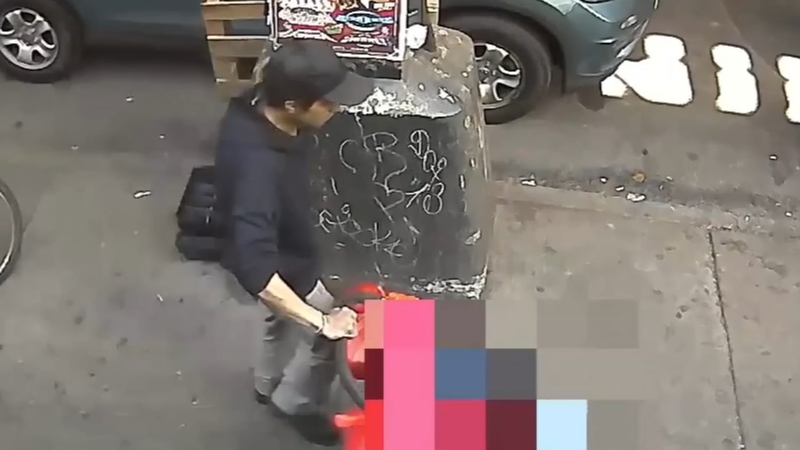 BATH BEACH, Brooklyn (WABC) -- Police in Brooklyn have arrested a man they say tried to kidnap a little boy in broad daylight.

The attempted kidnapping happened outside the Thanksgiving Supermarket on 86th Street in Bath Beach, and it was caught on video.

Police say Omar Dominguez, 26, is the man wearing a black hat is seen pushing the stroller -- with a 3-year-old boy sitting inside it -- away from the boy's grandmother.

When the grandmother eventually realized what was going on, she chased the suspect away.

The boy was not harmed.

It happened Monday just before 4 p.m. at what would have certainly been a very busy time of day.

Hours later, a woman apparently called 911 from a business near the scene around 10 p.m. Wednesday.

She told police she believed she spotted the man in the video. Officers responded and took Dominguez, who lives nearby, in custody,

Police charged Dominguez with kidnapping, attempted kidnapping, petit larcency and acting in a manner injurious to a child less than 17.

Two police officers were placed on modified assignment for failing to interview the child's grandmother, who called 911 after witnessing the attempted kidnapping.

The officers, assigned to the 62nd Precinct, were called to respond to reports of the attempted stroller theft.

The 61-year-old grandmother, accompanied by the boy's 36 year old mother, went to the 62nd Precinct the next day to report the incident.