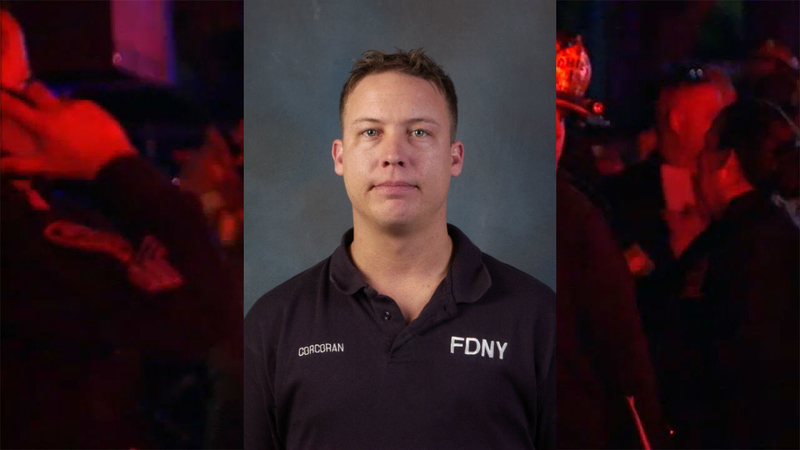 Arrest made after firefighter falls during fire at pot grow house

PELHAM BAY, Bronx (WABC) -- A man has been arrested after a firefighter was seriously injured during a fire in a marijuana grow house in the Bronx on Sunday night.

The fire started shortly before 9 p.m. on the third floor of the building on 1656 Mayflower Avenue in Pelham Bay.

The fire was in the cockloft, the area between the ceiling and the roof, but investigators will be looking at the grow house on the third floor.

Firefighter Thomas J. Corcoran was attempting to get to the roof to fight the flames when he fell 30 feet off an extension ladder, striking the pavement below.

FDNY Commissioner Daniel Nigro reported Corcoran was in serious but stable condition and was conscious after the fall.

Corcoran, who is a married father of three with 12 years of experience, underwent surgery at Jacobi Hospital on Monday after suffering multiple broken bones.

"It's a very dangerous job, I've said that over and over at these operations, and sometimes these things happen," Nigro said. "This firefighter had quite a fall, and although he has serious injuries, we're very happy that he survived this fall."

The fire was placed under control and one other firefighter suffered minor injuries.

The cause of the fire has not yet been determined, but officers arrested a 50-year-old man who lives at the address later Monday afternoon.

Louis Roman is facing charges of assault and criminal possession of marijuana.

Back in September 2016, a marijuana grow operation lead to the death of FDNY Battalion Chief Michael Fahy.

Fahy was struck by flying debris after a house being used for the operation exploded in the Bronx. Two men were sentenced to prison this past August for that incident.