Police searching for arsonist who tried to firebomb home in Bensonhurst, Brooklyn 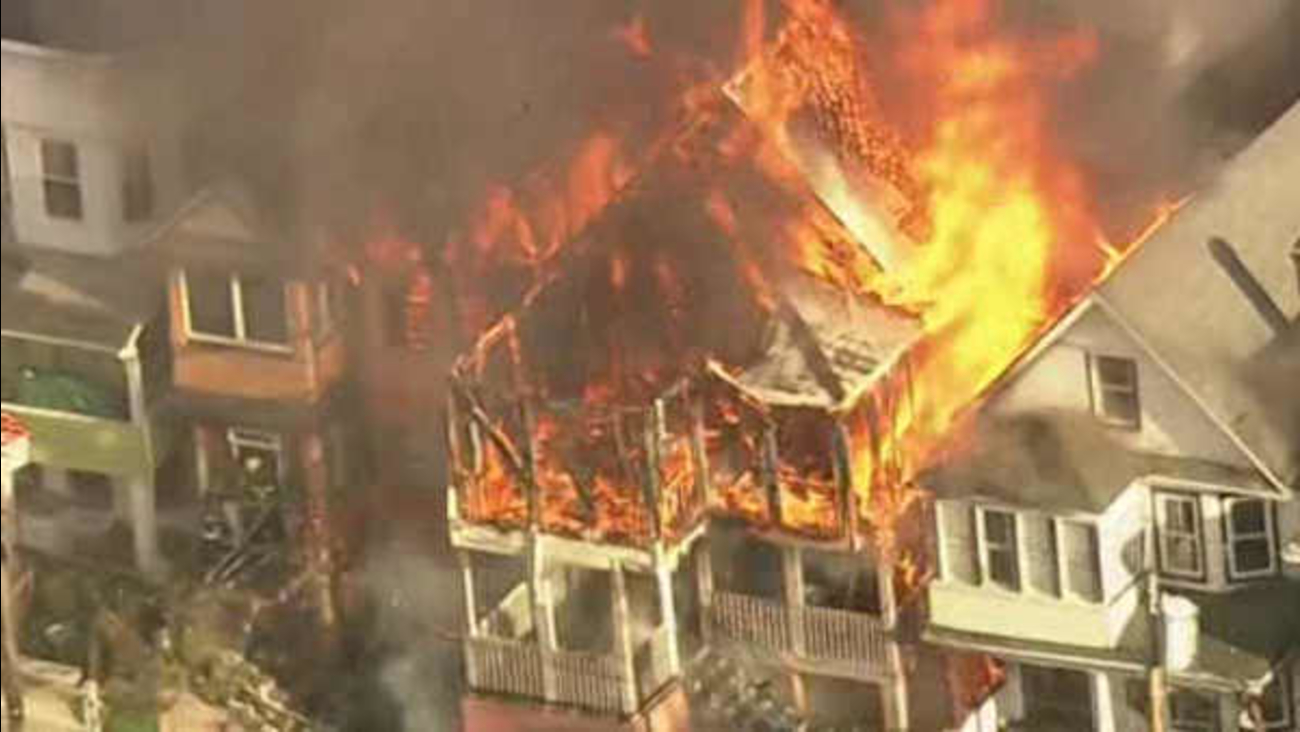 BENSONHURST (WABC) -- Police are investigating after someone threw an incendiary device at a home in Brooklyn early Thursday.

The incident happened at about 3 a.m. at a home on 83rd Street in Bensonhurst.

When officers arrived, they found a broken glass bottle with an unknown liquid substance at the front door of the building.

They then observed white smoke in the hallway. The officers went door to door to alert residents of the smoke.

Firefighters arrived soon after and put out the small fire, which appears to have been confined to the hallway.

No residents were injured or needed to be evacuated.

The two officers who initially responded were treated for minor smoke inhalation.

The fire is being investigated as an arson of the front door.