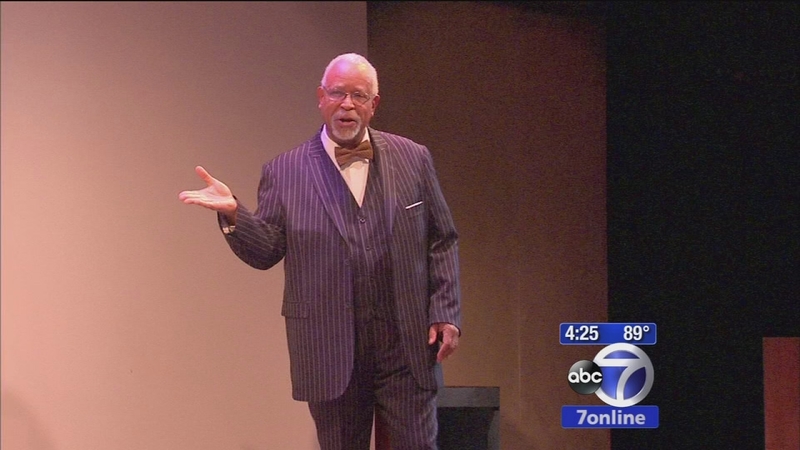 NEW YORK (WABC) -- W.E.B. Du Bois was one of history's most fascinating figures, and now, his life story is hitting a New York stage. And the actor bringing the author/activist to life is a man we know well, because he was a reporter and anchor at Eyewitness News for more than 30 years.

The star is our own Art McFarland, and his second act in life is as inspiring as the show.

It's the story of a dream that was deferred, but not denied, how a journalist returned to his first love upon his retirement. And he took a man from the pages of the history books and made him come alive.

Du Bois was an early leader in the struggle for civil rights, who was persecuted during the 1950s by the U.S. government.

"I wouldn't give back a single minute of my 31 years that I spent as a reporter at Channel 7 Eyewitness News," he said. "It was great."

And long before he found a home at our studio, McFarland trained as an actor at the famed Juilliard.

"As a very young man, I used to dream of achieving and becoming and unfolding as an actor," he said. "Only to take a detour into a very, very productive career as a news reporter."

Following his retirement, McFarland was approached by veteran director Woody King to star in the title role of "The Most Dangerous Man in America (W.E.B. Du Bois)," the last play by the late Amiri Baraka.

"He said 'I want you to play Du Bois,' and my jaw dropped to the floor," he said.

McFarland had continued to take acting classes during his years as a reporter and even appeared on stage from time-to-time, but carrying an entire show was in another realm of difficulty.

"It was scary," he said. "It was so scary though, that I knew it was something that I had to step up for."

Surrounded by a terrific cast and guided by a theatrical legend, McFarland landed in the pages of the New York Times, celebrated as much for his acting as he had been for his reporting.

"And I say to anyone who's retired, you must find your passion," he said. "You must not just go fishing and not try to do anything else."

"You can't go home again," the old saying goes, but our old friend Art is proof that no matter how far one wanders, it is always possible to return.