Asbestos inspectors charged with not doing inspection, lying about what they found 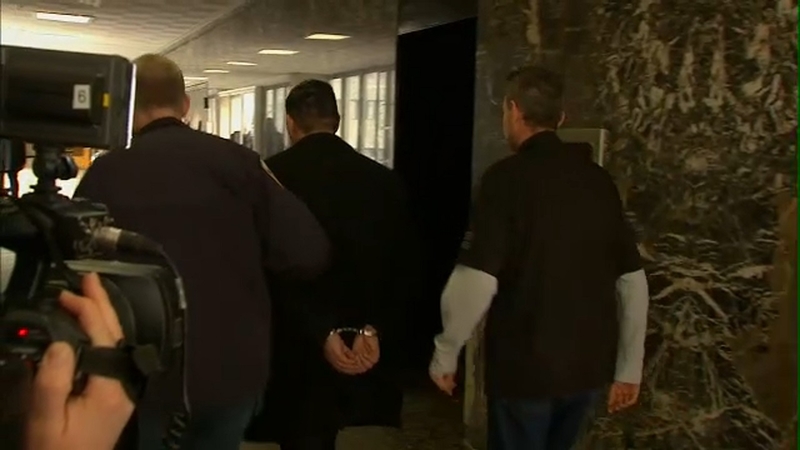 GRAMERCY PARK, Manhattan (WABC) -- More than a dozen inspectors in New York City are charged with either not doing an inspection, or lying about what they found. What is worse is that prosecutors say the investigators may have put the health of workers at risk at thousands of construction sites in New York City.

The inspectors are all charged with failing to inspect hundreds of construction sites, then falsely certifying them as safe or misrepresenting lab results to conceal asbestos findings.

City Investigation Commissioner Mark Peters said, "the defendants are charged with falsifying paperwork about citywide asbestos inspections, potentially threatening the health of all those who live and work near these properties, and highlighting the need for more oversight in this area."

The 17 private asbestos inspectors are under criminal indictment for falsely certifying literally thousands of construction sites in Manhattan, Queens and Staten Island in the past year, alone.

"Professional asbestos investigators were certifying that sites were asbestos free," said Peters, "without ever checking to see if the sites were actually safe, according to the charges. Instead, the defendants pocketed a fee, walked away, and potentially exposed multiple unsuspecting workers to serious health risks."

Asbestos is a known carcinogen. Its use has been banned for most purposes for nearly thirty years. Removal requires strict, often expensive protocols. While investigators says the inspectors were paid up to $800 to certify each site, so far none are facing bribery charges.

"Whether a building is going up, being renovated, or coming down," said Manhattan DA Cyrus Vance, "it's crucial to abide by the safeguards that exist to protect New Yorkers from harm. To do otherwise is a dangerous-and sometimes criminal-practice.

The defendants could face up to seven years in prison if convicted.