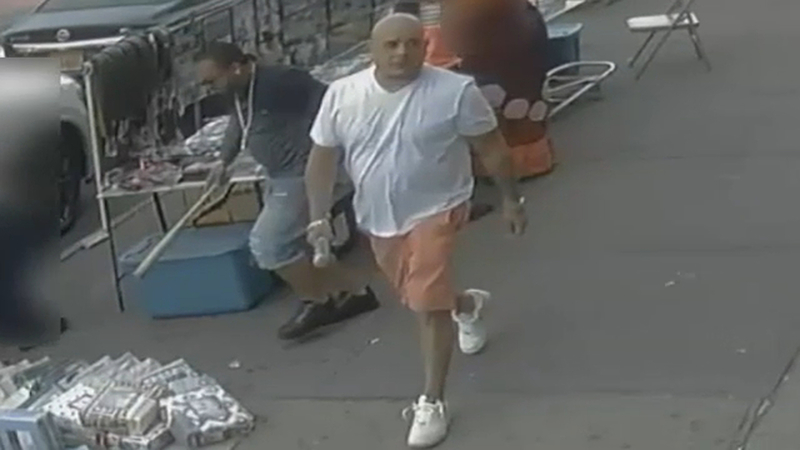 LONGWOOD, Bronx (WABC) -- Police have released new surveillance video in a bat attack on the streets of the Bronx in June.

Authorities say the two men seen in the video are responsible for attacking a 32-year-old man with bats on June 17 at approximately 4:50 p.m. while he was standing in front of a building on Southern Boulevard in the Longwood section.

The video shows the two suspects pulling up in a dark-colored Range Rover, exiting the vehicle and then hurrying down the sidewalk where they struck the victim with their bats.

The victim was transported to Lincoln Hospital following the attack.

The first suspect is described as being 27 to 35-years-old, medium build and bald. He was last seen wearing a white t-shirt, orange shorts, white shirts and a gold watch.

The second suspect is described as being in his 30s, approximately 5'5" to 5'7", medium build and black medium length hair. He was last seen wearing a gray shirt, blue jean shorts, black shoes, a gold chain and black sunglasses.