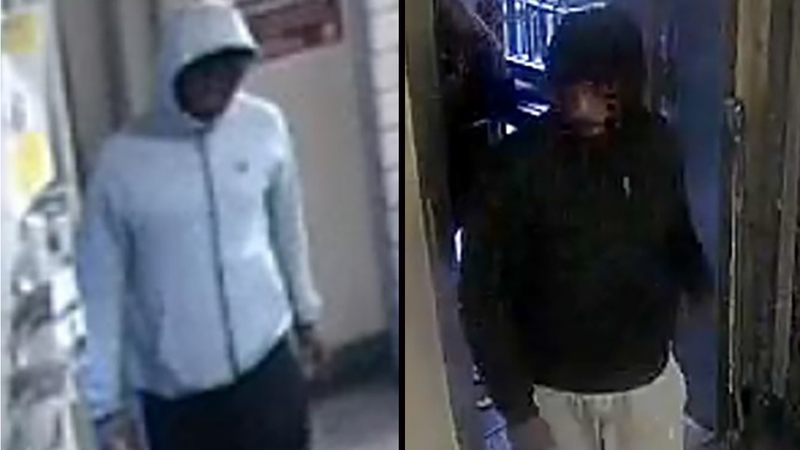 EAST NEW YORK, Brooklyn (WABC) -- Police are looking for two men who repeatedly punched and robbed a 75-year-old man inside his Brooklyn apartment building, and they're hoping surveillance images will lead to arrests.

It happened around 5 p.m. on Halloween at a building in the vicinity of Wortman Avenue and Warwick Street in East New York.

Authorities say the two men approached the victim as he was about to enter his apartment and punched him in the face numerous times, knocking him down to the floor.

One of the men then pinned him to the floor as the other removed his property.

The pair fled the scene with $3,500 in cash and the victim's wallet.

They were last seen running eastbound on Wortman Avenue.

Both suspects are described as black males in their 30s, both approximately 6 feet tall and 165 pounds.