Tim Fleischer has the latest on the violent crime spree in Queens.

SUNNYSIDE, Queens (WABC) -- A man who was stabbed and robbed by a group of men in Queens spoke exclusively to Eyewitness News, this as police release new video of a group of robbers wanted in several similar incidents.

Authorities say four people have been attacked in the last three weeks, and the NYPD is trying to find the suspects before they strike again.

The latest attack happened just after 1 a.m. Monday in Review Avenue in Long Island City, where 45-year-old Courtney Grant was slashed and stabbed as he walked to work.

The suspects slashed him in the head before fleeing with his phone, wallet, and backpack.

"I almost died though, I lost of a lot of blood," he said. "The doctor said a half an inch more and I probably would have died."

Meantime, new video from Sunnyside shows three men attacking a 21-year-old man who caught them spray painting cars on the corner of 39th Avenue and 46th Street around 2 a.m. on March 16.

When he confronted the men, they punched him in the face.

Police have also released video of what is believed to be the same group attacking and robbing another man on Greenpoint and 48th avenues in Sunnyside, wher he was walking home from work just after 11 p.m. on March 11.

He was punched in the face and fell to the ground, where he was kicked and robbed of his wallet -- containing $600 -- and his iPhone X and Apple earpods.

"The other two come in and kick my head," Lin said. "They step on my head. I passed out."

In another case just before 11 p.m. on March 9, police say the men sprayed silly string on a 62-year-old man and then beat him in the head and back with a belt.

The victim sustained bruising but refused medical attention at the scene.

Police are concerned as the crimes appear to be escalating in severity.

"I feel like those things have been happening a little more and more, but I can't say why," one area resident said. "We live a couple blocks over, and I've never experienced anything like this. Oh my God, this is awful. Whoever did this needs to be caught."

Police are hoping someone can identify the men in the video and photos and turn them. 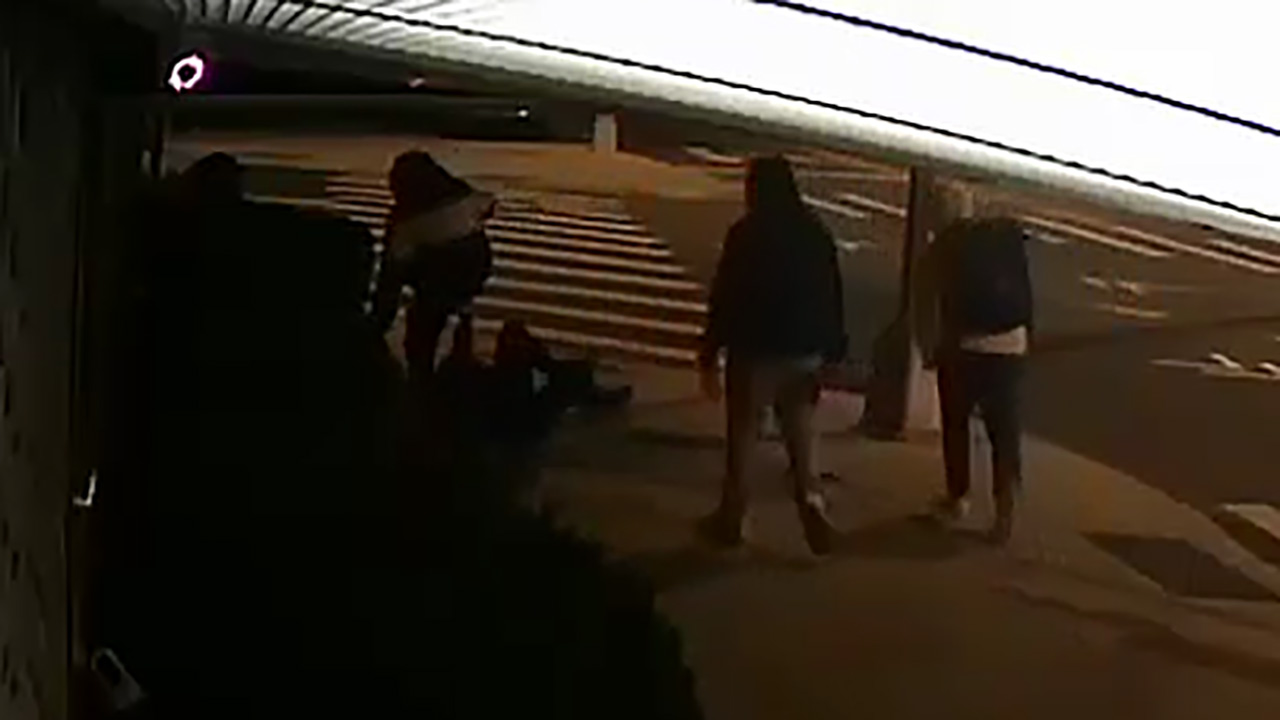