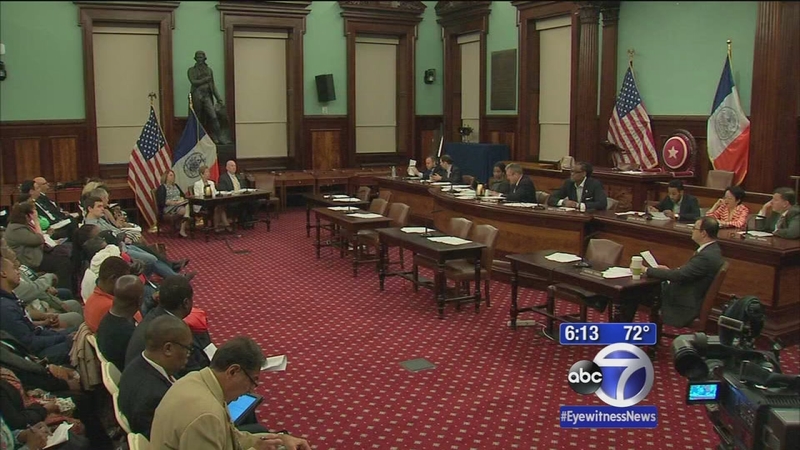 NEW YORK (WABC) -- Top officials at the Department of Education indicated that they are not in favor of the bill that's being called Avonte's law.

The law would require alarms on front and back exits to many schools.

14-year-old Avonte Quendo fled his school in Queens last October, which led to a long search that finally ended when his remains were found in the East River in January.

At Thursday's hearing before the city council, the city's deputy chancellor said she has some concerns. The law would force all elementary and special ed schools to have the alarms.

Also it would cost about 9-million dollars to install the alarms that, in Avonte's case, might have alerted school officials sooner that he was missing.

"For a large and diverse school system such as ours there is no one-size-fits-all response that will prevent a student leaving a building without permission," deputy chancellor Kathleen Grimm said.

"I did not appreciate that. I don't think they should hold off. I think they held off too long, way before this happened to Avonte, it should have been done," Avonte's grandmother Doris McCoy said.

Also today the teacher's union indicated it's opposed to the alarms.

One special ed expert testified an alarm can often startle some autistic children.

Despite the opposition, the city council has indicated it still favors the law. The council could vote later this year to force the schools to install the alarms.