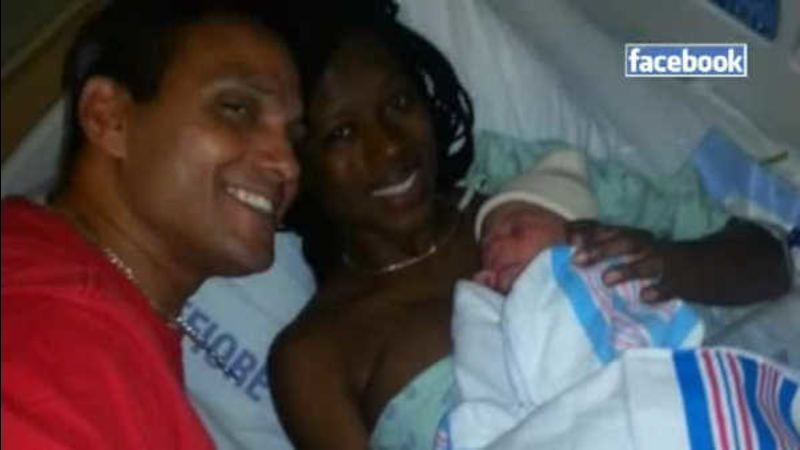 MORRIS PARK, Bronx (WABC) -- A 51-year-old Bronx man has been arrested in connection with the death of a 2-month-old boy whose body was discovered in a wooded area in Dutchess County. The baby's body was found in the woods near a motel in Dover.

Jose Feliciano is now awaiting arraignment on second-degree murder charges in the death of the boy. Police say the murder happened in the apartment on Bogart Avenue in Morris Park.

Feliciano was taken to Jacobi Medical Center for psychiatric evaluation at around 7 p.m. Sunday night.

Feliciano was charged after police say he made statements to detectives implicating himself in the death.

On Dec. 10, Feliciano became angered at the baby's crying inside the apartment and suffocated the baby inside his room, authorities say.

The mother said she splashed water on the child's face to revive him but it was too late. The mother also said Feliciano threatened to kill her too if she called police.

Feliciano put the baby in a plastic bag and put the bag in a larger bag, according to investigators. Surveillance video recovered from the apartment building showed Feliciano leaving with a bag at around 11 p.m. on Dec 10.

He allegedly put the bag in a car and drove with the mother to Heidi's Inn motel off Route 22 in Brewster, Putnam County.

Police say Feliciano buried the body in Dover, Dutchess County, in a wooded area near Kitchen Corner Road and Route 22, with the mother's help, on Dec 12.

On Thursday, the mother ingested pills in an apparent suicide attempt. She was taken to New York-Presbyterian Hospital and later transferred to a White Plains facility for psychiatric evaluation. She told a doctor of the murder, and they notified police at 3 p.m. Friday.

Feliciano was arrested in Brooklyn by the felony warrant squad on Clinton Avenue and made a confession to detectives at the 88th Precinct, police say.

He has 15 prior arrests and will also be charged with two unrelated assaults, also in the Bronx.

The mother, 31 year old Danielle Whyte, is a city public school teacher. The investigation into her role continues.

Investigators are looking into whether she returned to teaching at her Bronx public school after burying the infant's body with the father.