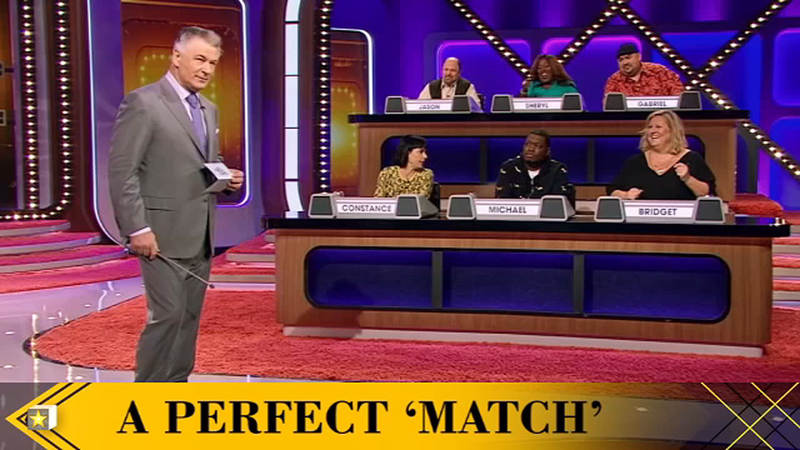 NEW YORK CITY (WABC) -- Alec Baldwin is back at the helm for another season of ABC's "Match Game," and the star sat down to discuss life, career, and his lifelong love of game shows.

"I used to say to my mom, a lot, during a period of time of a couple years where I'd say, 'I don't feel good,' and I'd lay on the couch and I was really sick, and the only thing I'd have the strength to do is watch TV all afternoon and all morning," he said. "And I would watch game shows. I loved all those old Broadway hands that would come on. You know, Brett Somers and Robert Q Lewis. And I just devoured 'What's My Line?' 'To Tell the Truth,' and 'Match Game.'"

And his wife, Hilaria, is among the celebrity panelists.

"My wife is my best friend, and I'm hopelessly in love with my wife," he said. "Her coming can only be a positive, and I just hope that the writers don't decide to do what people always do when my wife is on board for something, which is they give her the best lines which are at my expense."

"I think what I am is I care less about things that aren't important," he said. "I was fixated on goals I had, and now, I'm not fixated on those goals anymore. Whatever happens, happens, and I'm totally cool."