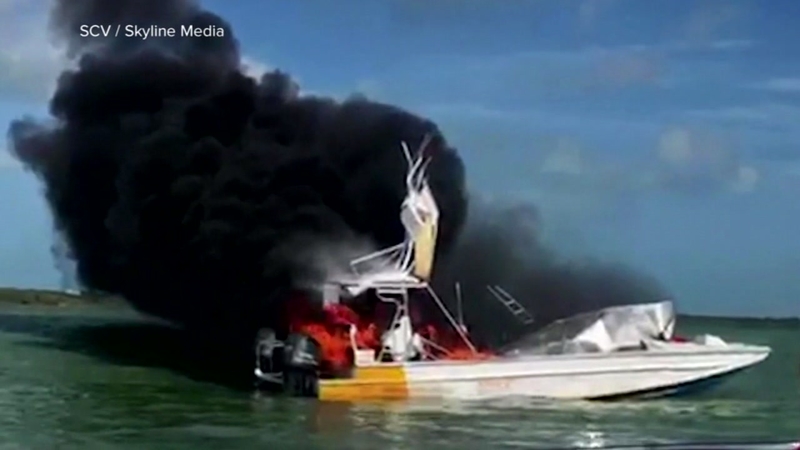 NASSAU, Bahamas (WABC) -- An American dancer was among the victims of a tour boat explosion and fire in the Bahamas, and the 22-year-old needed to have both legs amputated as a result.

The weekend incident killed one person and injured nine others.

People on a nearby boat watched in shock Saturday as flames and black smoke poured into the sky.

The nearby boat then moved close to the burning vessel and attempted to rescue the injured passengers and crew.

The Royal Bahamas police force said 12 people were on board, 10 Americans and two from the Bahamas.

Sisters Stefanie and Brooke Schaffer were on board with their parents, Stacey and Paul Bender, at the time of the blast.

Paul and Brooke suffered a few bruises and cuts, but Stephanie and Stacey sustained severe injuries. A GoFundMe page has been set up for the family's medical costs.

Stacey suffered multiple broken bones and internal injuries, while Stefanie sustained life-threatening injuries resulting in both of her legs being amputated. She remains in critical condition in a medically induced coma.

The fatality was identified as Maleka Jackson, who was celebrating her 15th wedding anniversary with her husband Tyran. He sustained burns and is currently being transported to Miami for care.

Investigators are looking for the cause of the blast.